Beverley Mill is the imposing stone structure seen by the thousands of motorist who travel west through Thoroughfare Gap on Interstate 66 in Northern Virginia. The mill was actually threatened by the construction of the highway. A cooperative effort by citizens groups and federal and state highway officials caused the road to be rerouted to bypass the mill.

Beverley Mill is named after its late 19th-century owners. It was built, though, sometime prior to 1759. We know of its existence at this time as the mill is mentioned in official records of that year as one of the boundary markers between Prince William and the newly created Fauquier counties.

The mill was built by Jonathan Chapman on land he purchased in 1742, hence its alternate name of Chapman Mill. It lies alongside Broad Run Creek. During its 1,300 foot passage through Thoroughfare Gap, the creek drops 87 feet providing the power to operate the mill as well as an adjacent flour mill, which no longer exists.

Beverley Mill is a large five story stone structure. Due to its position on the lower slopes of Thoroughfare Gap, the uphill side (north) is only three stories high. The rubble-stone used for construction was quarried from Broad Run Creek and the mountainside surrounding the building.

The mill was designed exclusively for milling corn for meal and feed. During Virginia’s antebellum agricultural expansion, its operations were expanded to include the grinding of limestone for fertilizer.

The mill continued in operation through World War II. During the fight to protect the building from Interstate 66, it was highlighted that it had contributed essential food supplies for five wars beginning with the French and Indian Wars. The mill is mentioned in old orderly books and in public claims for the War of Independence. Supplies were shipped to troops during the War of 1812 and the Mexican War. Both Union and Confederate forces used the mill during the Civil War.

Beverley Mill was added to the National Register of Historic Places in 1972. 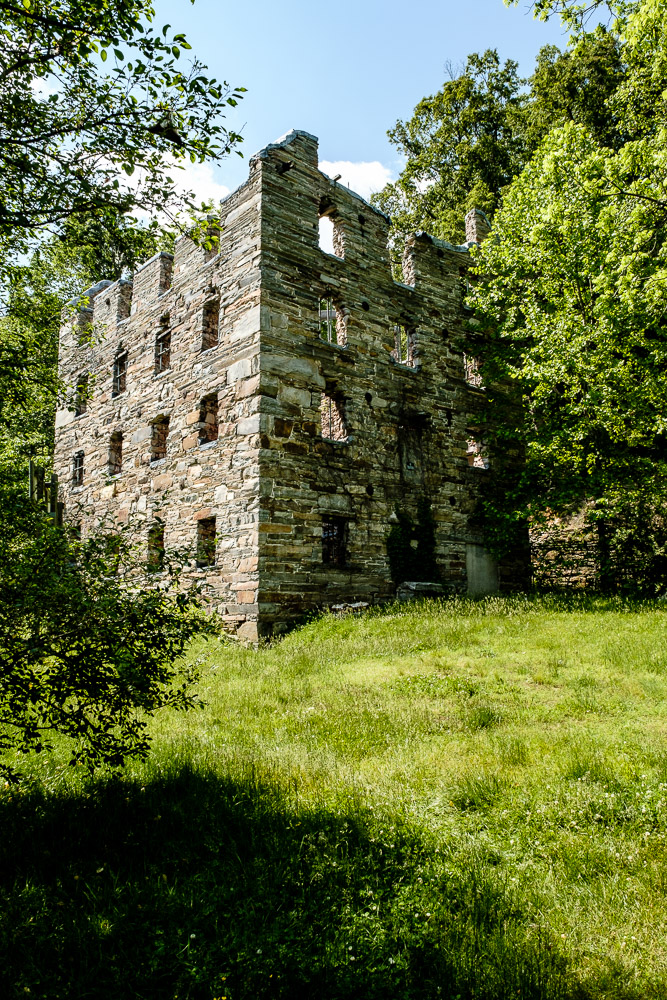