The Merci Train, also known as the French Gratitude Train, was the response to the 1947 US Friendship Train in which collected food from American donors was shipped to the people of France and Italy.

The Merci Train consisted of 49 boxcars filled with gifts of gratitude. These gifts were in the form of dolls, statues, clothes, ornamental objects, furniture, and even a Legion of Honour medal purported to have belonged to Napoleon. The donations came from over six million citizens of France and Italy. It arrived in New York harbor on February 3rd, 1949.

There were 49 wagons in the Merci Train, one for each state and one to be shared between the District of Columbia and Hawaii. Nearly all of the original wagons are preserved in their recipient states. This is the one received by Maryland. It can be found in the B&O Railroad Museum in Baltimore. 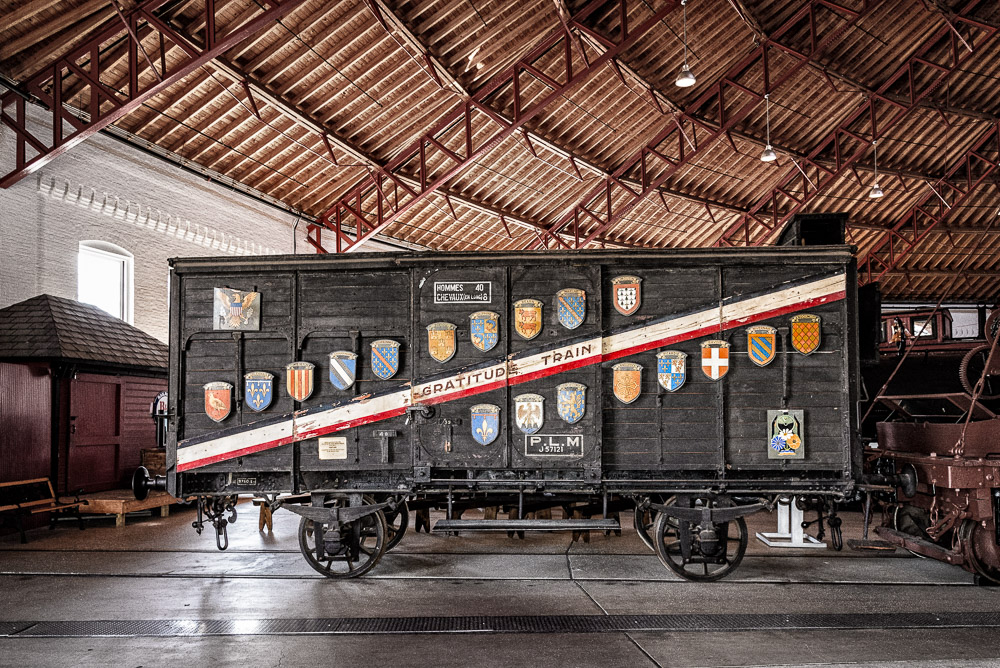