The U.S. Soldiers’ Home in Washington D.C. was established in 1851, as an “asylum for old and disabled veterans”. Situated on high ground north of the U.S. Capitol building, what is now known as the Armed Forces Retirement Home has been in continuous use since its founding.

Congress finally approved the bill establishing the U.S. Soldiers’ Home after 25 years of lobbying by amongst others, Jefferson Davis and Gen. Winfield Scott. General Scott had just returned as a hero from the Mexican War. Mexico City had paid him $150,000 in lieu of his army ransacking the city. He paid off his troops, purchased new supplies, and then offered the balance to Congress to establish the Soldiers’ Home.

Four of the original buildings that were on the land when it was acquired in 1851 still exist today. The most famous of this is Anderson Cottage, which was named after Maj. Robert Anderson who commanded the union garrison at Fort Sumter where the first action of the Civil War took place. Anderson had also been another of the main advocates for the creation of the Soldiers’ Home.

Anderson Cottage was built in 1842-43 by George W. Riggs who went on to establish the famous Riggs National Bank in Washington D.C. It was this cottage and the surrounding farmland that was purchased by the government to form the core of the Soldiers’ Home.

This Early Gothic Revival cottage served as the first quarters for the “inmates” of the “asylum” for about five years. They were then housed in Scot (now called Sherman) dormitory just east of the cottage. Anderson Cottage also served as the home’s first hospital. It also housed the first women admitted to the Soldiers’ Home in 1954.

Anderson Cottage served as the summer White House for four presidents: Chester Arthur, Rutherford B. Hayes, James Buchanan and Abraham Lincoln. Lincoln spent about a quarter of his presidency in Anderson Cottage. It was an escape from the hot, humid city yet still provided easy access to the political center of his presidency. It was here that he wrote the final draft of the Emancipation Proclamation. Anderson Cottage is now know by everyone as Lincoln’s Cottage at the Soldiers’ Home.  Lincoln’s Cottage is open to the public but due to its small size bookings are recommended.

The Soldier’s Home is still an active community of retired service personnel. The campus covering 272 acres provides everything needed for the daily lives of its residents (the use of the terms inmates and asylum have fortunately passed into history). There are over 400 private rooms fully equipped for independent living. There is also a bank, a chapel, convenience store, post office, laundry, a barbershop and beauty salon as well as a dining room. 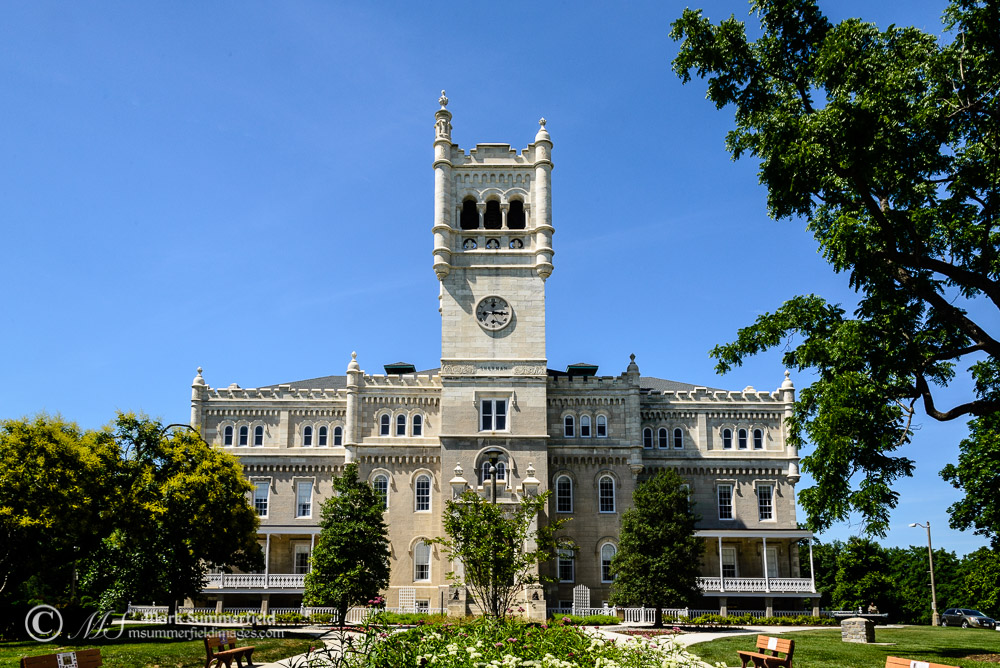