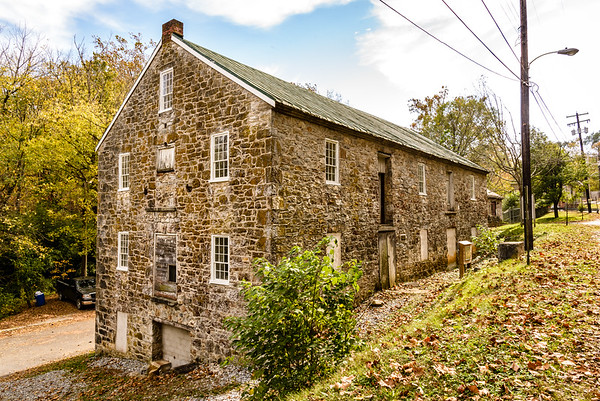 The Mecklenburg Tobacco Warehouse is believed to be the oldest stone tobacco facility in West Virginia. Construction was completed around 1796-97. It is located on the banks of the Potomac River allowing for easy export in the period before railroads existed. It is a rare example of late eighteen century vernacular architecture in West Virginia. There are almost no other surviving buildings showing the workings of the tobacco industry in post-Revolutionary Virginia.

Mecklenburg was founded in 1734 when Thomas Shepherd parented 222 acres on the south side of the Potomac River along Falling Spring Branch (now known as Town Run). 50 of these acres were sub-divided into 96 lots with streets drawn up to form a town which was recognized by the Virginia General Assembly in 1762. He named the town Mecklenburg in honor of Charlotte of Mecklenburg who had married King George III of England the previous year.

Shepherd was the sole trustee, owning the town and being responsible for its government. The town changed its name to Shepherds Town in honor of its founder around 1797-1798. After the Civil War, the name became Shepherdstown.

Tobacco was the main cash crop in the early days of the American Colonies. It was also used as a medium of exchange in place of hard currency. Most of the output was exported to England and Europe. Exports began to decline as the Europeans questioned the quality of American tobacco. In 1730, the Virginia General Assembly passed the Tobacco Inspection Act in order to reestablish the quality and rejuvenate the export markets. The law centralized the inspection of tobacco warehouses. These warehouses were privately owned but subject to strict regulations regarding their location, erection, maintenance and operation. One regulation resulting from the earlier wooded warehouses being swept away by flooding of the James River stated that the buildings had to be constructed of stone or brick with “strong doors, to be hung on iron hinges, and with strong locks and bolts.”

Abraham Shepherd, the son of Thomas Shepherd, was granted the right to open a tobacco warehouse by the Virginia General Assembly in November 1788. It is known that the building took almost ten years to build from the lists of tobacco warehouses and inspectors maintained by the Commonwealth of Virginia. The list from 1795 showed a warehouse at Mecklenburg but no inspector. As the warehouse could not function without an inspector, this probably indicates the building was not yet complete. After the name of the town was changed around 1797-98, the warehouse is listed under the new name with John Webley as the inspector. 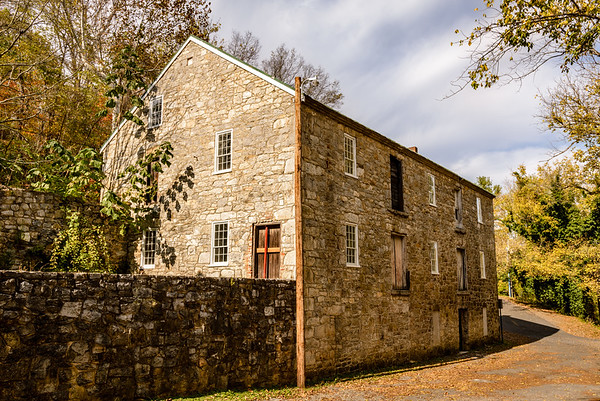 The characteristics of the warehouse indicate its likely construction by German Craftsmen. The unique roof trusses are a modification of the typical truncated German trusses found in the region. These trusses are notched to carry both purlins and ceiling rafters and had a peculiar change in the pitch to accommodate the piggy backing of the rafters. This design is found at Fort Bowman in Shenandoah, Virginia and the Schifferstadt house in Frederick, Maryland, both of which are known to have been built by Germans. The Germans who migrated from eastern and central Pennsylvania brought a strong stone building tradition with them from the Rhine Valley where they originated which is similar to the warehouse’s stone construction.

The preservation of the Mecklenburg Tobacco Warehouse has been undertaken by The Friends of the Shepherdstown Riverfront. The building has been stabilized with several preservation projects both inside and around the building completed to the extent that an open house was able to be held on May 18, 2013. The Friends of Shepherdstown Riverfront was disbanded in the spring of 2015. The Corporation of Shepherdstown has assumed responsibility for the continuation of the restoration project. They will also decide on a suitable use for the building.

A lot of the information for this post has been taken from a report dated March 20, 2010 prepared for the Friends of the Shepherdstown Riverfront by Charles Belfoure.

The Mecklenburg Tobacco Warehouse is a contributing building to the Shepherdstown Historic District which was listed on the National Register of Historic Places in August 1973. 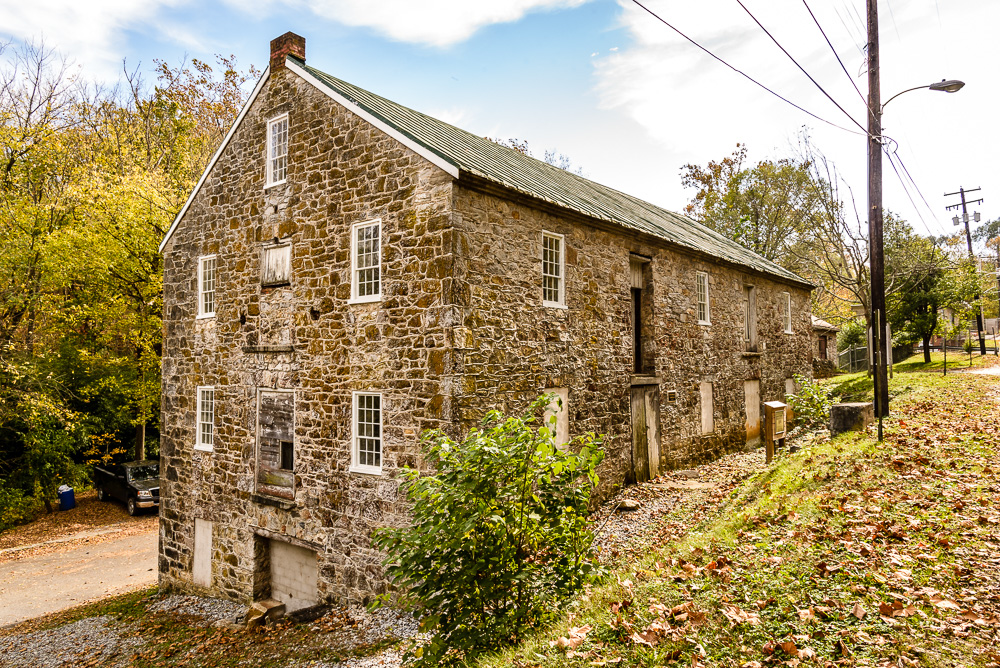