In the last post we looked at how Aldie became the fourth-largest community in Loudoun County due to the mill there. One of the three larger communities was Waterford, which as can be seen from the images here, also had a large milling operation. The Waterford Mill, or Old Mill as it is also known, was one of three mills in the village of Waterford.

The village of Waterford dates back to 1733 when Amos Janney, a Quaker from Bucks County, Pennsylvania, moved to the area. Janney acquired 400 acres along Catoctin Creek. The waters of the creek were used to power a log mill which Janney built not far from the site of the current mill.

Other Quakers followed Janney to the fertile land in the area. The village which grew up around the mill became a thriving hub for the surrounding farming community. Up until the 1780s, the village was simply known as Janney’s Mill. Sometime in the 1780s the village became known as Waterford.

By 1762, the growing population in the surrounding area meant that a larger mill was required. This grist mill was built on the site of the current mill by Janney’s son, Mahlon. An adjacent saw mill provided lumber for the construction of houses and barns as the community continued to expand. The mill was enlarged in the 1820s. This is the structure that we know today as Waterford Mill.

In the last post we saw how the grain from the Aldie Mill was shipped along the Little River Turnpike to Alexandria. It was the nearby Chesapeake and Ohio Canal and its competitor, the Baltimore and Ohio Railroad, which provided the means by which the Waterford Mill product reached a wide market. The grain was hauled about ten miles to Point of Rocks, Maryland where it could be loaded onto either canal barges or railroad cars. From here the lucrative markets of Washington, DC, Alexandria and Baltimore were within easy reach.

Although the Civil War devastated Waterford’s economy, it was the building of the Washington and Old Dominion Railroad which caused Waterford the most harm. When the railroad was extended to Leesburg in the 1870s it bypassed Waterford. Waterford lost what had been a dominant trading position. The farmers and other residents in the area could now import machine made goods, undermining the economy of the village. Although the mill continued to operate and export its flour, the surrounding businesses suffered considerably. The Waterford Mill finally ceased operations in 1939.

In 1943, descendants of village families and newcomers interested in preserving the buildings, traditions, and rural character of the village formed the non-profit Waterford Foundation. One of its first actions was to purchase the Waterford Mill. The result of the Foundations work has resulted in a remarkable preservation of not just the mill, but a large number of the surrounding buildings resulting in the creation of the Waterford Historic District which was designated a National Historic Landmark in 1970. 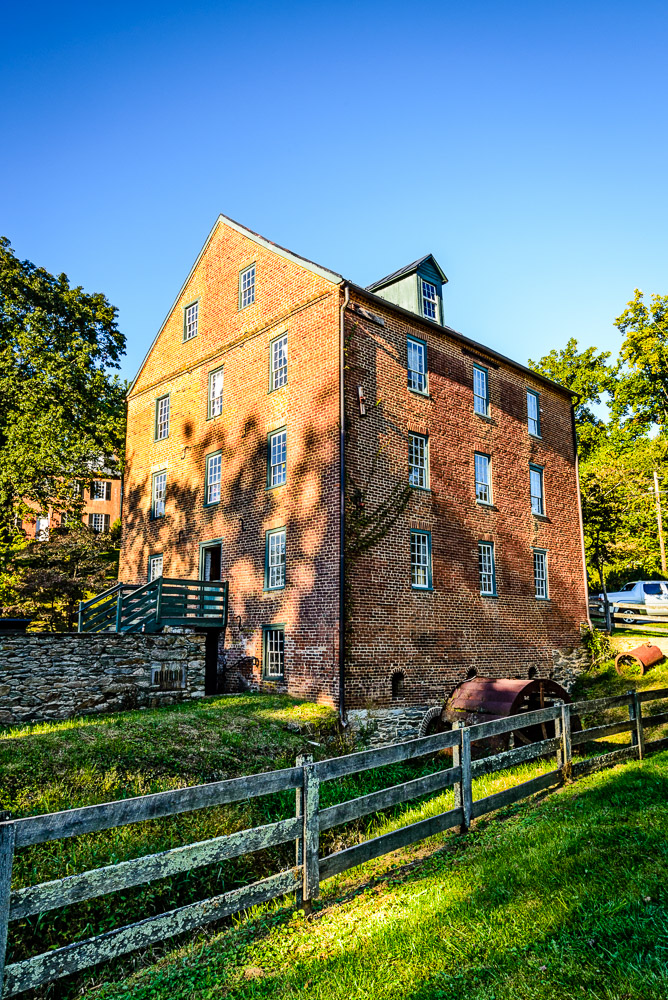