The John Herr Grist Mill in Lancaster County, Pennsylvania was built in 1738. It is located on the grounds of the Mill Bridge Village Camp Resort in the town of Ronks.

Most of the early settlers to the American colonies were English. William Penn opened Pennsylvania to people from other countries by offering land ownership along with religious freedom to all. One group to take advantage of this came from southwestern Germany. Other prominent groups came from Switzerland, the Alsace boarder region between France and Germany, as well as the Netherlands. This migration began in the late 17th century, concluding in the late 18th century. These settlers would eventually consolidate to form what we know today as the Pennsylvania Dutch.

The Pennsylvania Dutch are people of various religious affiliations, most of them Lutheran or other christian group originating out of the Protestant Reformation in Europe. Many were Anabaptists. The Amish, Mennonite and Hutterite communities today are descendants of the Anabaptist movement.

One of the early settlers was Bishop Hans Herr. Bishop Herr was a Swiss Mennonite. He was one of 94 immigrants who arrived on board the ship Maria Hop on September 10, 1710. The leaders of this group were granted patent deeds from Penn’s property commissioners for 14,000 acres of land surrounding what is now the town of Strasburg.

Bishop Herr’s grandson, John Herr, acquired a patent to 1,100 acres of land along the Pequea Creek for 110 pounds sterling. By 1730 he had built a two story log cabin and had begun construction on a grist mill and sawmill along the river. A thriving village grew up around the mill.

The mill continued to operate until 1929. It was purchased in 1957 by Donald Denlinger. Denlinger has restored the mill and continues to restore the village including the original log cabin. The John Herr Grist Mill is open for self-guided tours most days of the year. 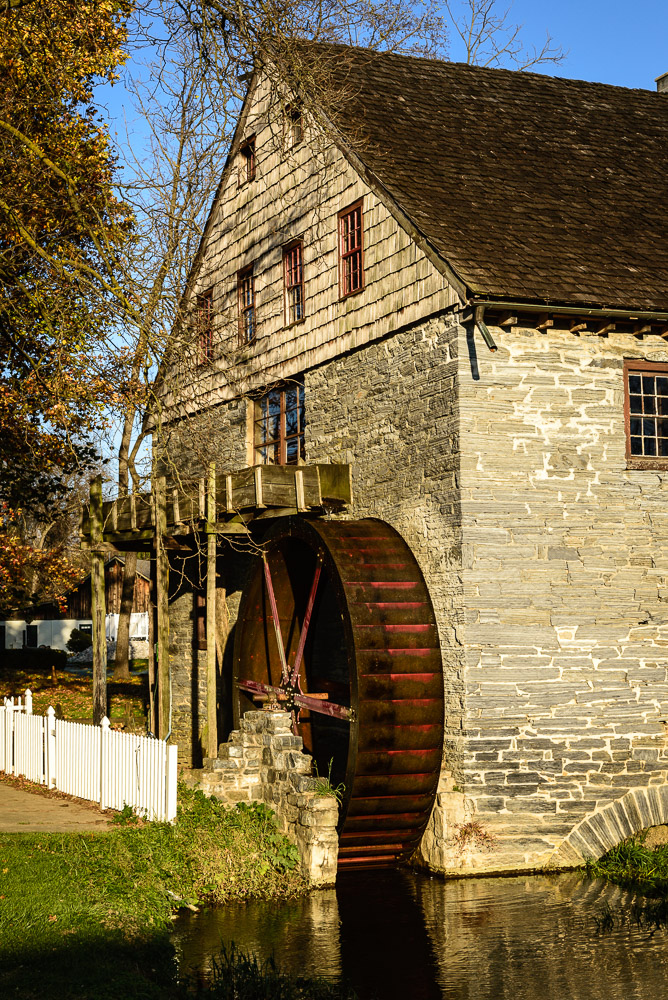