The White Rock Forge Covered Bridge is located in a peaceful, rural valley in the southeast part of Lancaster County.  The bridge spans the west branch of the Octoraro Creek.  The bridge has also been called West Octoraro Bridge 2.

The original bridge was built by John Russell in 1847.  Although of the standard Burr Truss design, it does, though, have one unusual feature – an upward curved floor, known as a camber floor.  The original bridge was destroyed by a wind and rain storm in June 1884.  The replacement was built in September of the same year by Elias McMellan using the same floor contour.

The typical board and batten siding contains two windows where the bridge meets the T-junction with Township Route 490.  These were probably included to allow people to see any oncoming traffic as they exited the bridge and approached the junction. 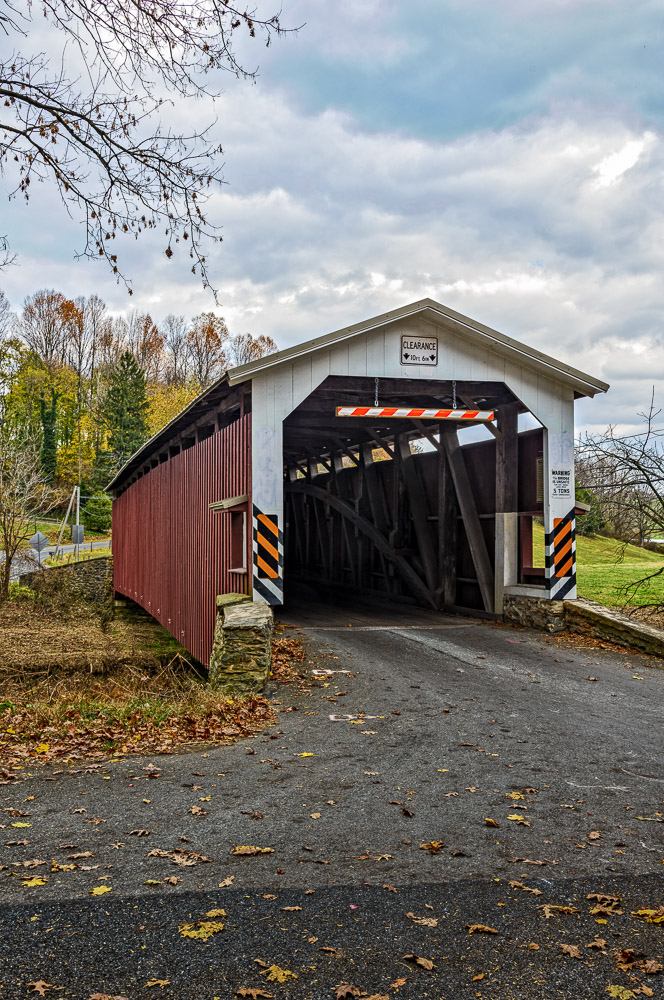