A few months ago we took a look at the Western Maryland Scenic Railroad in Cumberland, Maryland.  In particular that post showed the railroad’s 1916 built Baldwin Consolidation 2-8-0 steam locomotive.  At the time I was there, No 734 had just been brought into the station to take on water for its trip to Frostburg.  Today’s image is a three-quarter view of the locomotive as the tender was being filled with water. At the time, the engine’s fireman was standing on the tender having just placed the hose for the water into the tank of the tender.  This added that extra element to the scene.

The difficulty for me with creating images such as this is to try to represent the era that the railroad is aiming to recreate.  The only way to do this is to ensure that the no other members of the public appear in the shot.  It they do, their clothing as well as the cell phones or cameras that they will be using to try to capture a record of their visit will destroy the look that the image is trying to portray.  They have just as much right to capture their images as you do, so the only way to do this is with a lot of patience and usually, as I have done here, a tight crop on the train.  It is always better to wait and compose the shot at the time than having to crop the shot when you get home.  The image above shows what can be achieved by just waiting around for that little extra time. 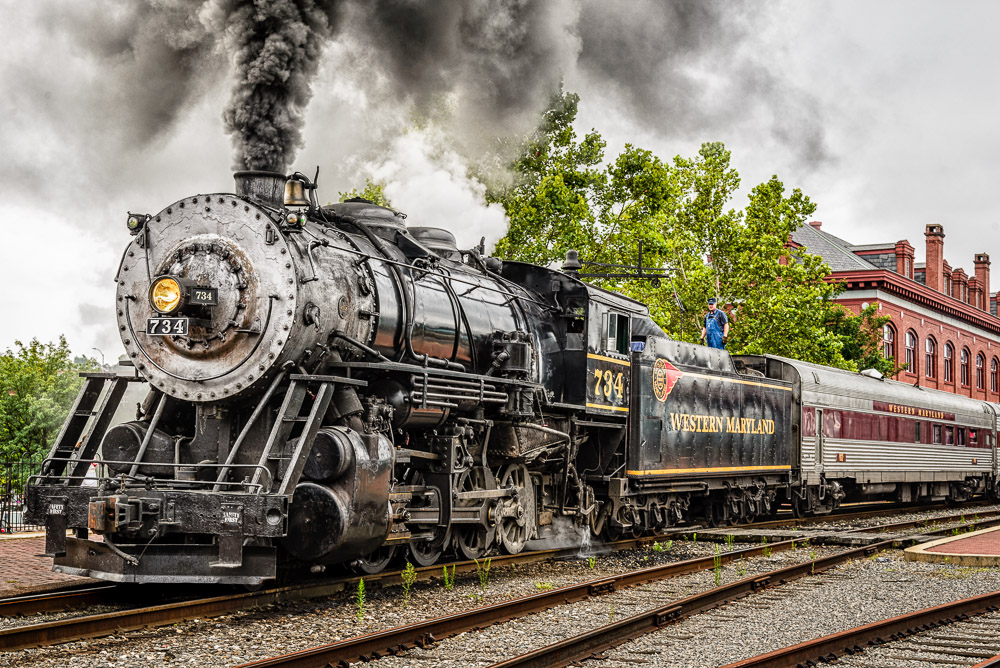