The Barbados Museum and Historical Society is housed in historic buildings which were originally used as the military prison at St. Ann’s Garrison.  St. Ann’s Garrison, or “The Garrison” as it is more popularly known, was built to house the British West Indies Regiment.  Barbados was the headquarters of the Windward and Leeward Command of the English forces during the 18th century.  At this time, the Caribbean was the scene of numerous military conflicts, primarily between the English and French who were seeking supremacy over the area due to the lucrative trade that was built around the islands.

Most of the Garrison buildings were finished by 1816.  The prison, though, was a later addition, not being completed until 1853.  This building is one of only twelve such prisons constructed anywhere in the British Empire and the only one built in the Caribbean.

In the late 19th century, the English decided to reduce their forces in the region.  By 1906 the last British regiment had departed the island.  Many of the buildings of The Garrison were handed over to the Barbados Government.  In 1933 the prison buildings were leased to the newly formed Barbados Museum and Historical Society for a pepper corn rent (a common law term derived from English law for a low or nominal rent).  The prison has been the home of the Barbados Museum ever since. 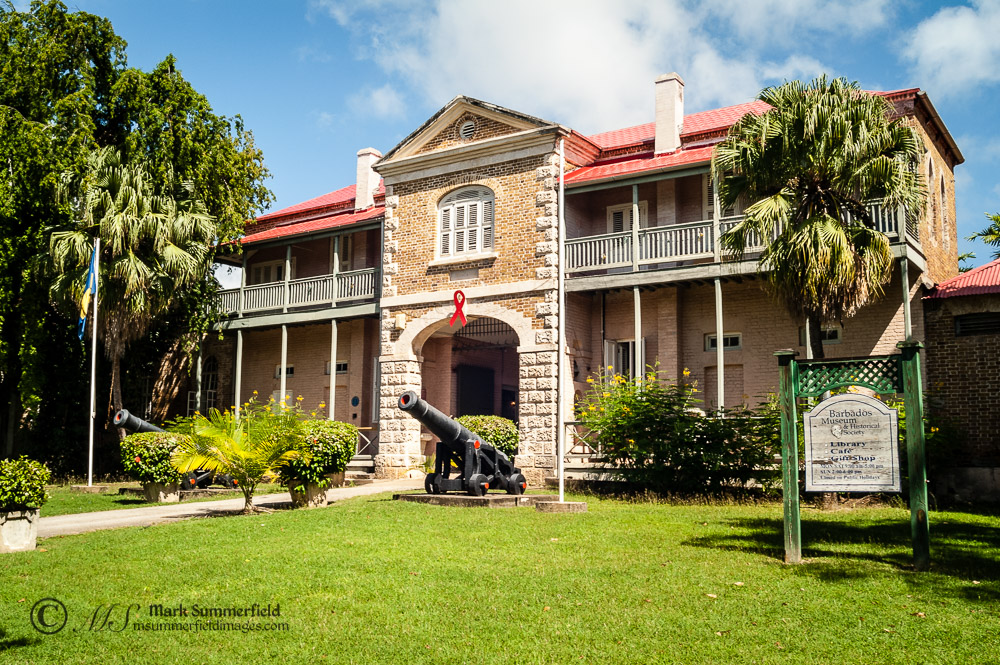