The Eastern Shore Railroad (ESR) began life as part of the much larger New York, Philadelphia and Norfolk Railroad (NYPN). It was founded by A. J. Cassatt and coal magnet, W. L. Scott in 1882. It began operations in October 1884. The railroad ran down the spine of the Delmarva Peninsula. The idea was to build a shorter route to bring coal from Erie, Pennsylvania to the coal wharves of Hampton Roads.

The piece of the NYPN that became the ESR operated between Pocomoke, Maryland and Norfolk, Virginia. This meant that the ESR needed a way to cross about 30 miles of the Chesapeake Bay. To cross the Chesapeake, A.J. Cassett first had to dredge a harbor at what became Cape Charles on Virginia’s Eastern Shore. He also designed the steel floats that carried up to eighteen freight cars between Cape Charles and Norfolk. The first crossing, which took about three hours, was completed on March 12, 1885, when the tug Norfolk towing car float number one arrived in Norfolk carrying twelve freight cars.

To support the railroad and associated harbor, W. L. Scott financed the construction of the new town of Cape Charles.

In 1926, the railroad purchased property near Little Creek and built a new rail-water terminal. This reduced the crossing to 26 miles. The crossing accommodated both freight and passenger cars. The two original passenger ferries, Cape Charles and Old Point Comfort were side-wheeled paddle steamers. They could carry an entire train on their two tracks.

Most of the route of the NYPN served rural areas. Although the line overall was profitable, most of the revenue came from the through traffic of coal which first created the line. The lack of additional revenue generated from the communities along the line caused the abandonment of the branch lines. Passenger Service was discontinued in 1956.

The NYPN was one of the many railroads which were merged together to produce Conrail in 1976. Many short-line railroads broke away from Conrail becoming separate legal entities, including the ESR.

The ESR continued to operate the terminal at Cape Charles. It was one of the only two car float operations remaining in the United States. The tracks leading to the car-float dock remain at Cape Charles, although it was very obvious when I visited that they had not been used for quite some time. I have since found out that in March 2014, VP for operations Larry LeMond stated the railroad has not run the barge for more than a year and a half and has no intention to resume the service. 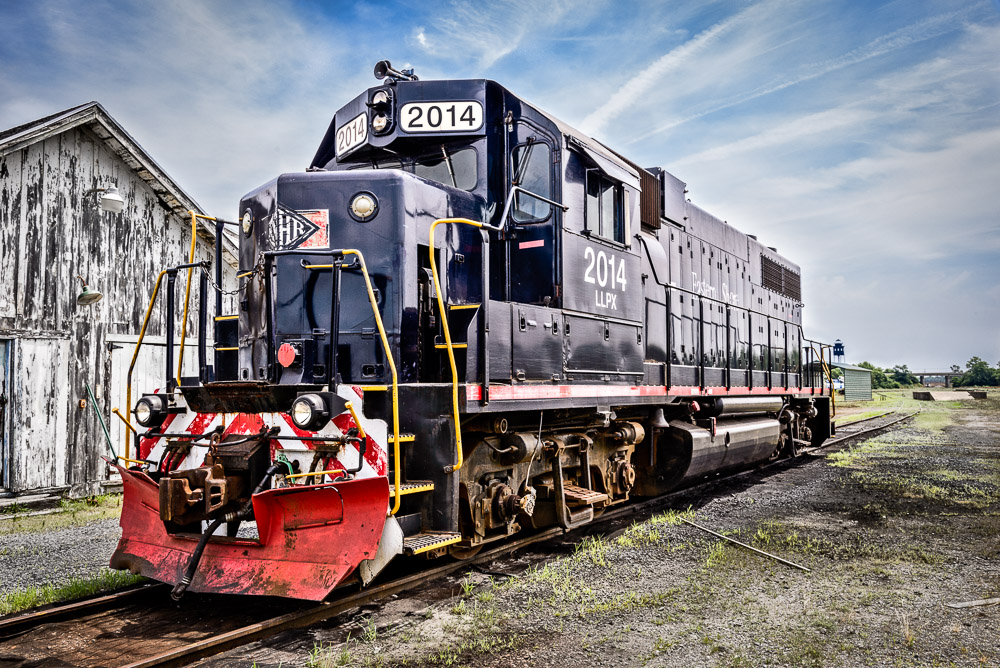