Hall Place is a stately mansion on the north edge of the village of Bexley in south-east London. It is a Grade I listed building with the surrounding gardens listed as Grade II on the National Heritage List for England.

The property was originally called At-Hall and was owned by a family who took the same name. The last of the family was Thomas At-Hall who, around 1368 conveyed the property to Thomas Shelle of Westerham, Kent. The property remained in the Shelley family (at some point the spelling changed to include the “y”) until 1537 when it was sold to Sir John Champneys. There is no trace of anything relating to the period prior to the acquisition by Sir John Champneys.

The house that Sir John built followed a commonly used medieval plan which continued to be popular in the early 16th century. A high ceiling Great Hall was the center-piece of the house. At the west end was a two-story structure that contained a parlour on the ground floor with a bedroom on the upper floor. At the other end of the Great Hall was the buttery which would have been used as a store for drink and from which to serve food. From here the kitchen extended to the north. There was a room above the kitchen which was probably the servants’ quarters. This added an east wing to the design forming what is known as a half-H plan.

Also consistent with medieval design was the distinctive checkerboard pattern consisting of alternating fling and rubble. There is considerable support for the belief that the rubble used in construction came from the nearby monasteries which were closed after the Dissolution of the Monasteries in 1524. One of the first to be closed was the nearby Lesnes Abbey, which many think is the source of the materials used for Hall Place. As ex-Lord Mayor of the City of London, Sir John had access to masonry from the destruction of London’s religious buildings. At several points on the outside of the building pieces of the re-used carvings can be clearly seen.

Sir John Champneys died in 1556. His son, Justinian, inherited Hall Place. Justinian continued the development of the property. There is a clear difference internally between the two phases of constructions – Phase I built by Sir John has walls lined with chalk blocks whilst Phase II built by Justinian used red bricks. Phase II appears to be related to the external appearance of the house. The two wings were made the same height and the original bay window in the Great Hall matched with one on the other side. Overall, this additional construction was driven by a desire for external symmetry that was typical of domestic architecture in the latter half of the 16th century.

The house remained in the Champneys family until 1640 when it was sold to Sir Robert Austen.

Any plans that Sir Robert had for Hall Place were no doubt interrupted by the English Civil War. It is believed that he took advantage of the reduction in hostilities between the two main periods of the Civil War to commence work on Hall Place. Work began around 1647 and was largely completed by 1653 by which time the house had doubled in size.

As can be seen in the image above, there was no attempt to harmonize the two halves of Hall Place. The original Tudor house is seen on the left with the addition added in the second half of the 17th century seen on the right. The grey checkerboard pattern of the 16th century construction gives way to red brick with limestone dressings for this next phase of development.

Very little of the original plan of the Tudor House was altered. Only the south-east corner of the west wing was removed along with the entrance porch on the south side of the Great Hall. Three two-story wings were added to the existing structure. These were laid in a U shape creating a small quadrangle. The main entrance, which you would use today to visit the building, was in the south wing.

The property remained in the Austen family until the middle of the 18th century. The house was purchased by a distant relative, Sir Francis Dashwood. The Dashwood family, especially Maitland Dashwood, grandson of Sir Francis, made significant changes to the building in the 1870s. These included linking the property to the water mains and upgrading the interior with fine wood paneling and parquet flooring. These alterations were made with the intent to lease the property.

During the 19th and early 20th Centuries the property was let out on a series of short-term leases to the aristocratic and fashionable. The last tenant was Lady Limerick who lived in the house from 1917 to 1943. During the tenancy of Lady Limerick, the property was acquired by Bexley Borough Council, predecessor to the London Borough of Bexley Council, in 1935.

As a Top-Secret Intelligence Station

In January 1944, Hall Place was occupied by the US Army’s Signal Corps. The 6811th Signal Service Detachment were part of the Enigma code breaking operation, Ultra. They set what was known as a Y-station code named Santa Fe. This was one of a network of listening posts intercepting encoded messages for onward transmission to Bletchley Park for decryption. The Tudor kitchen and Great Hall were converted into “set rooms” for the banks of radio receivers. The parlour became the soldiers’ dormitory.

Most of the Y-Stations were manned by British Intelligence services. Santa Fe was unusual, being manned by Americans. When the Ultra network of listening stations was revealed in the mid-1970’s, Santa Fe’s location in Hall Place was one of the last to be identified.

The estate includes 160 acres of landscaped gardens, an award winning topiary display and a walled kitchen garden which dates to the 18th century. The gardens were opened to the public in 1952 by HRH The Duchess of Kent.

Bexley Heritage Trust took over operations of Hall Place in 2000. In 2005 they received a £2 million grant from the Heritage Lottery Fund to develop and improve the site for the benefit of visitors. Financial support for ongoing operations was provided by Bexley Council up until 2017 when funding was withdrawn. Bexley Heritage Trust ceased operations with the responsibility for operation of Hall place and nearby Danson House being assumed by Bexley Council. 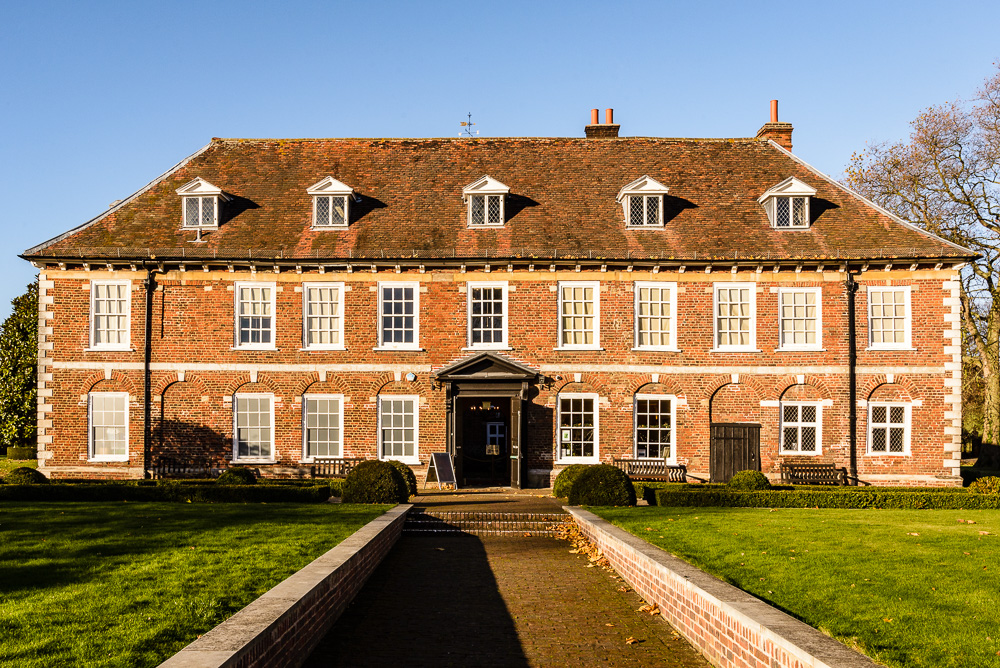