St.Peter’s Parish Church, located near Talleysville in New Kent County, Virginia, was first used in July 1703. The church was built to replace the the apparently dilapidated “Broken-Back’d” Church, which had been constructed in about 1685. The building we see today is the oldest church in the Episcopal Diocese of Virginia and the second oldest in the Commonwealth of Virginia. Only St. Luke’s church in Isle of White County, which was built in 1682 and now a museum, is older.

Originally, the church was a single story rectangular structure. It had two entrances, one at the gable end and one in a side elevation, as was typical of the Anglican county churches of the era. The tower, which is an unusual feature for churches in the Tidewater and Piedmont areas of Virginia, was added in 1740-1741. This addition, built by “William Walker, ‘Builder’ of Stafford County”, houses the vestry room on the second floor.

As described in 1963 in Virginia’s Colonial Churches: An Architectural Guide by James Scott Rawlings, “St. Peter’s Parish Church…stands in a magnificent setting, almost completely surrounded by forests.” As can be seen from the images here, this statement still accurately describes the rural, commercially undisturbed environment in which the church is situated. The early Virginia parish churches were located to serve scattered plantations and farms. The surroundings, whilst helping preserve the integrity of the historic site, make this one of the less well known of Virginia’s colonial landmarks.

St.Peter’s holds an interesting place in the history of America. The church was designated by the Virginia General Assembly in 1960 as the “First Church of the First First-Lady.” It was here that Martha Dandridge was baptized, confirmed and married to her first husband Colonel Daniel Parke Custis in June 1749. Colonel Custis was a former churchwarden and vestryman of St. Peter’s as well as a wealthy landowner. When he died in 1757, the then Martha Custis inherited the “White House” a plantation located only three miles from the church. In January 1759, the St. Peter’s Church rector Reverend David Mossom presided over the marriage ceremony of George Washington and Martha Custis.

St. Peter’s Parish Church, like so many in the area, suffered greatly during the Civil War. Stories are that the Union Troops stabled their horses in the pews of the church. By the end of the Civil War, only the wainscoting remain on the interior. After the war, efforts were made to repair the church. General Robert E. Lee provided a substantial portion of the funds for its initial reconstruction, stating in a letter dated October 23, 1869: “St. Peter’s is the church where General Washington was married and attended in early life. It would be a shame to America if allowed to go to destruction.” Whilst common belief is that Lee was wrong about the location of Washington’s marriage, it is this sentiment that has protected the interests of the church since the initial reconstruction in the late nineteenth century, as well as the further restorations in the 20th century restoration.

There are several sources which confirm that the most recent restoration has brought the building back to its early form. One of these sources is the vestry book, which dates back to 1700. It is this document which dictated how the church was to be built, describing the original measurements, materials and overall appearance. The addition of the tower was also documented and confirmed by the various receipts which have also survived.

St. Peter’s Parish Church was added to the National Register of Historic Places in 1969. It was also designated a National Historic Landmark in March 2012. It is still an active church holding two services every Sunday. 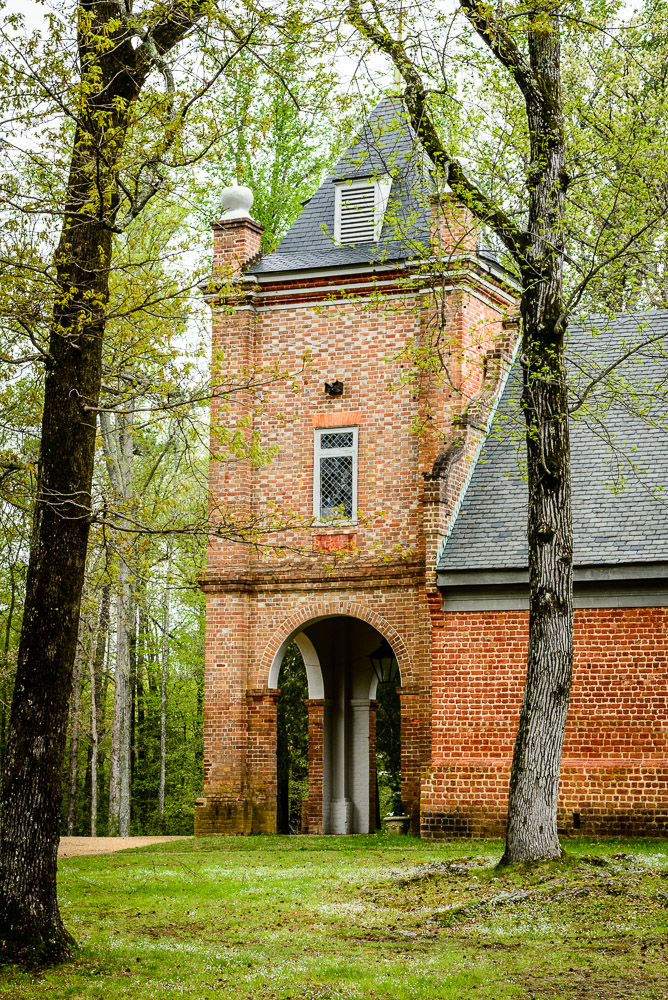