Aquia Episcopal Church is the parish church of Overwharton Parish in Stafford County, Virginia. It is located on a heavily wooded hilltop at the northeast corner of the intersection of US Route 1 and State Route 610. The church is accessed by a steep, curving drive which due to its location at the junction of two busy main roads is very easy to miss.

Overwharton Parish was created around 1700. At the time, the parish was about 80-miles long and 20-miles wide. Regular services were held at Potomac Church (now demolished) which stood a few miles northeast of Fredericksburg on Potomac Creek, and at two chapels elsewhere in Stafford County. In 1731, the size of both Stafford County and Overwharton Parish were reduced considerably when the House of Burgessses created Prince William County.

By 1751 the location of the old Potomac Church was becoming too inconvenient for the parishioners in the northern part of the parish. On June 6, 1751, the Virginia Gazette carried the following advertisement:

The Vestry of Overwharton Parish, in the County of Stafford, have come to a Resolution to build-a large Brick Church, of about 3,000 Square Feet in the Clear, near the Head of Aquia creek, where the old Church now stands. Notice is hereby given, That the Vestry will meet at the said Place, to let the same, on Thursday, the 5th Day of September next, if fair, if not, the next fair Day. All Persons inclinable to undertake it are desired to come then, and give in their Plans and Proposals.

Mourning Richards, a local builder, submitted the winning proposal. Richards, as was the practice of the time, used his own money to cover the costs of construction as they incurred. Meanwhile, the vestry levied a special assessment on the parishioners to periodically pay Richards. The price was 110,900 pounds of tobacco.

On March 17, 1755, the church was nearing completion after three years of construction when fire destroyed all but the walls. Given no choice, the vestry had to tax the parishioners once more to rebuild the church, which Mourning Richards did by the spring of 1757. Today, Aquia Episcopal Church stands as a unique example of colonial Virginia’s ecclesiastical architecture. Cruciform churches were quite common in colonial times, however, the true Greek Cross plan used for Aquia was very rare. Two-story rural churches were even more uncommon, which together with its sophisticated architectural detailing increases its stature among the surviving colonial churches. The church is constructed of brick laid in Flemish Bond with quoins, door frames and keystones of Aquia sandstone. The overall impression is one of a solid, monumental structure.

Of the 50 or so surviving colonial churches in Virginia, only three still have their interiors essentially intact. Only Aquia, along with Christ Episcopal Church Lancaster County and Christ Church in Alexandria have their original pews, pulpits and alter-pieces.

Befitting its unique, sophisticated architecture and unusual design as well as its historical importance, Aquia Episcopal Church was listed on the National Register of Historic Places in November 1969. It was designated a National Historic Landmark in July 1991. 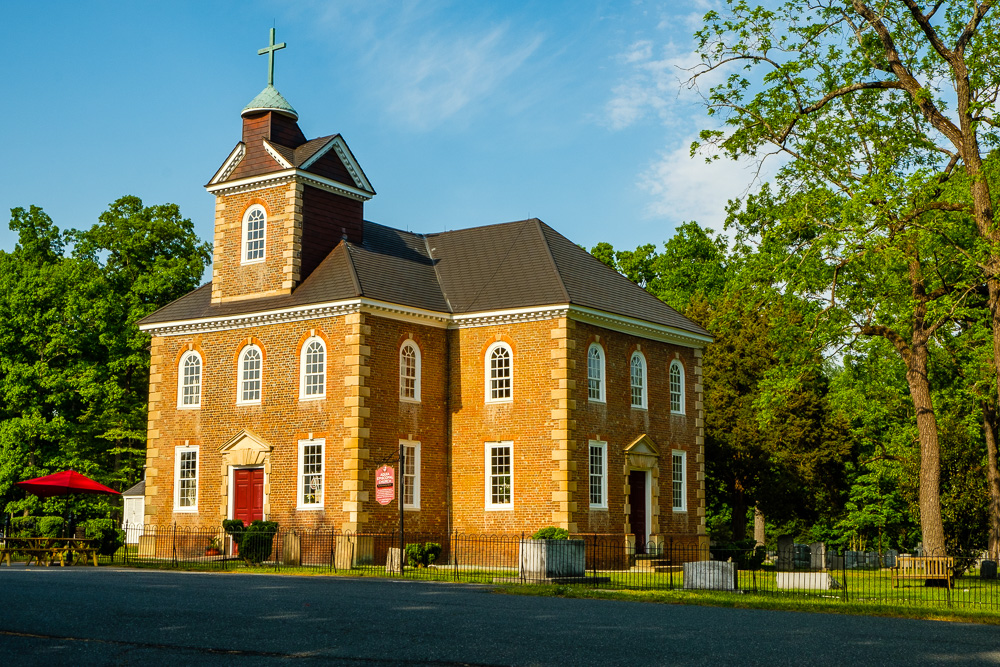