The Hokes Mill Covered Bridge spans Second Creek outside Ronceverte in Greenbrier County, West Virginia. The bridge is 12 feet wide and 81 feet, 6 inches long. The superstructure consists of a modified version of the patented Long Truss with board-and-batten siding and a standing seam metal roof.

The construction of the bridge was one of the decisions of the Greenbrier County Court during its April 1897 session. Messrs. B. F. Mann, R. A. McDowell and Austin B. Erwin were appointed commissioners responsible for the construction of a covered bridge on stone abutments above Smith’s Mill (formerly Hokes Mill). The total cost was $700.

The bridge was restored by Allegheny Restoration in 2001. In only 6 months, the bridge was dismantled, repaired and reassembled. The images seen here, taken as the sun was beginning to sink behind the mountains in the summer 2013 show the excellent job the restoration team has done.

Hokes Mill Covered Bridge is one of two remaining covered bridges in Greenbrier County. It was listed on the National Register of Historic Places in 1981. 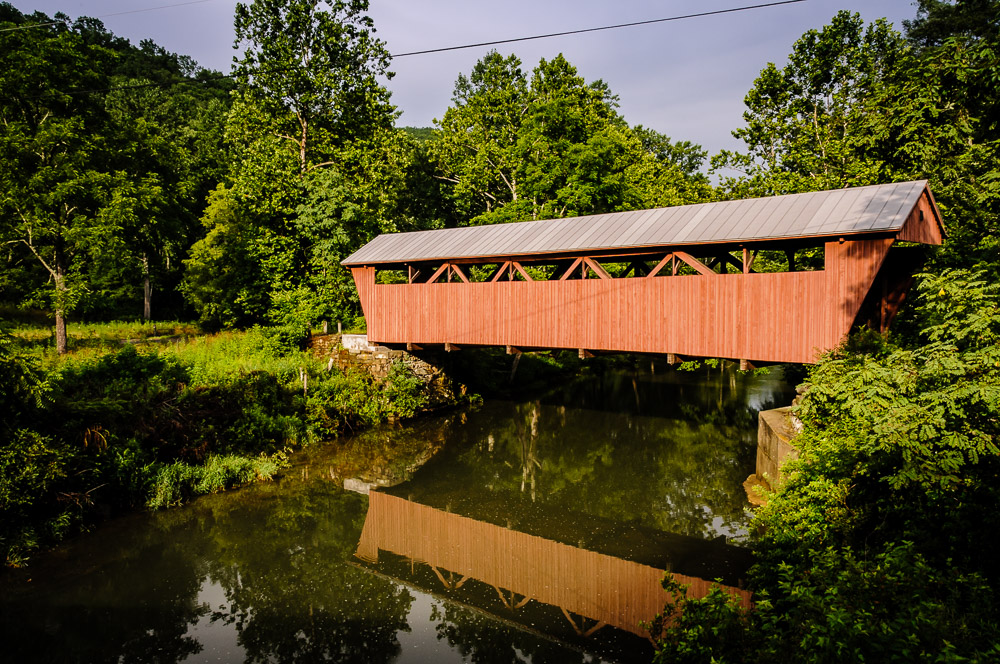