The Stonewall Jackson Shrine is part of the Fredericksburg & Spotsylvania National Military Park in Virginia.  The Park covers the sites of four of the major battlefields in Orange and Spotsylvania Counties as well as the city of Fredericksburg.  One of these battlefields is Chancellorsville.  It was here on the night of May 2, 1863 that General Thomas “Stonewall” Jackson was mistakenly shot by his own men.  General Robert E. Lee decided that his indispensable and most capable subordinate should recuperate in a safe place well behind the Confederate Army lines.

Lee picked Guinea Station, a small hamlet about 27-miles from the battlefield on the railroad line to Richmond.  Located here was a 740-acre plantation named “Fairfield” which was owned by Thomas Chandler.  Although offered the use of the Plantation House, Jackson and his doctors chose the quiet and private outbuilding as the best place for Jackson to rest and recuperate.  This building was the plantation office.  A fairly typical frame structure of its day, it saw use as both the record keeping center of the plantation as well as being the location where one of Chandler’s sons had practiced medicine before joining the Confederate Army.

Jackson had already undergone surgery in a field hospital near Chancellorsville.  Here, Dr. Hunter McGuire amputated Jackson’s twice wounded left arm and removed a ball from his right hand.  On arrival at the the Chandler Plantation, Jackson was treated by five different physicians, although McGuire was the only one who stayed with him throughout.

Mary Anna Jackson, his wife, and their baby daughter Julia arrived at the Chandler Plantation on May 7.  With no space available in the office, they took up lodgings in the Plantation House.  It was around this time that Stonewall was diagnosed with pneumonia and his condition became critical.

On Sunday, May 10, 1863, Jackson had grown so weak that the doctors lost all hope of a recovery.  Jackson, though, remained spiritually strong. “It is the Lord’s Day; my wish is fulfilled,” said Jackson. “I have always desired to die on Sunday.” At 3:15pm his wish was fulfilled.

Today, the office building is the only structure remaining from the plantation. The Chandler’s house burned at some point after the Civil war and was eventually dismantled in the early 1900s. Once established as a historic site, what is now the Stonewall Jackson Shrine underwent restorations in the 1920s and the 1960s. It still retains over 45% of the original fabric. 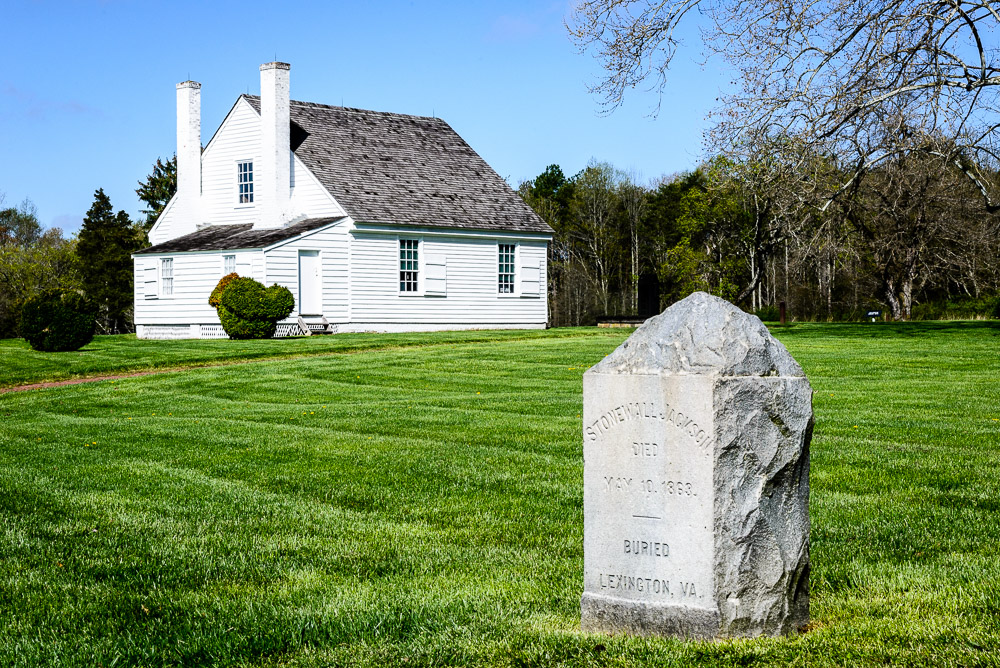