In the last post we saw how Joseph R. Anderson, the owner of the Tredegar Iron Works, had saved his facilities from the fires which the retreating Confederate troops had set in the warehouse district when the Union forces captured Richmond on April 3, 1865. This allowed the company to quickly return to peacetime production. As part of the transition, the company was reorganized in 1867 with a new company, the Tredegar Company, owning the Tredegar Iron Works. Joseph R. Anderson and Company continued to hold the interests in the remaining furnace properties, mainly in western Virginia.

In 1868, the Tredegar Iron Works received a major contract to supply the Chesapeake and Ohio Railroad with rails and bridgework for the entire line. John Tanner, who we were first introduced to in part one of this history, was dispatched to New York to run a newly formed national sales office and coordinate this new contract. The foundry, rolling mills, carpentry, and boiler shop were all expanded in 1869 to meet the demand from the C&O. The rail rolling facilities were upgraded and new chair mills and spike machines were commissioned. By 1873 the Tredegar Iron Works had more than doubled its prewar capacity. Employment exceeded its highest antebellum totals as well.

During the 1870s and 1880s, iron began to be superseded by steel. The expansion needed to meet the C&O contract as well as other work did not leave the Tredegar Company with the capital necessary to make the product conversion. By the 1890s, the company’s finances had to be restructured with the resulting output now limited to mainly the local market. At the end of the decade, though, a new conflict helped save the Tredegar Iron Works. The company provided ammunition for the 1898 Spanish American War. The company also provided ammunition for both World Wars.

From the 1890s reorganization through the two World Wars, iron products for the railroads including, spikes, horseshoes, rail fastenings and car wheels continued to be constant sellers. Although not the most profitable, these products helped keep the company from joining the many who went out of business during the Great Depression.

The Valentine Museum/Richmond History Center established a museum at the site of the ironworks in 1992. The Valentine Riverside Museum restored the outdoor machinery and structures, as well as the Pattern Building, Office Building and Carpenters shop. Unfortunately the museum was not a success and closed on 4 September 1995.

The main visitor center for Richmond National Battlefield Park opened at the Tredegar Iron Works site in June 2000. The Civil War Visitor Center at Tredegar Iron Works is located in the restored pattern building and offers three floors of exhibits with National Park Service Rangers on site daily to provide programs and to aid visitors. 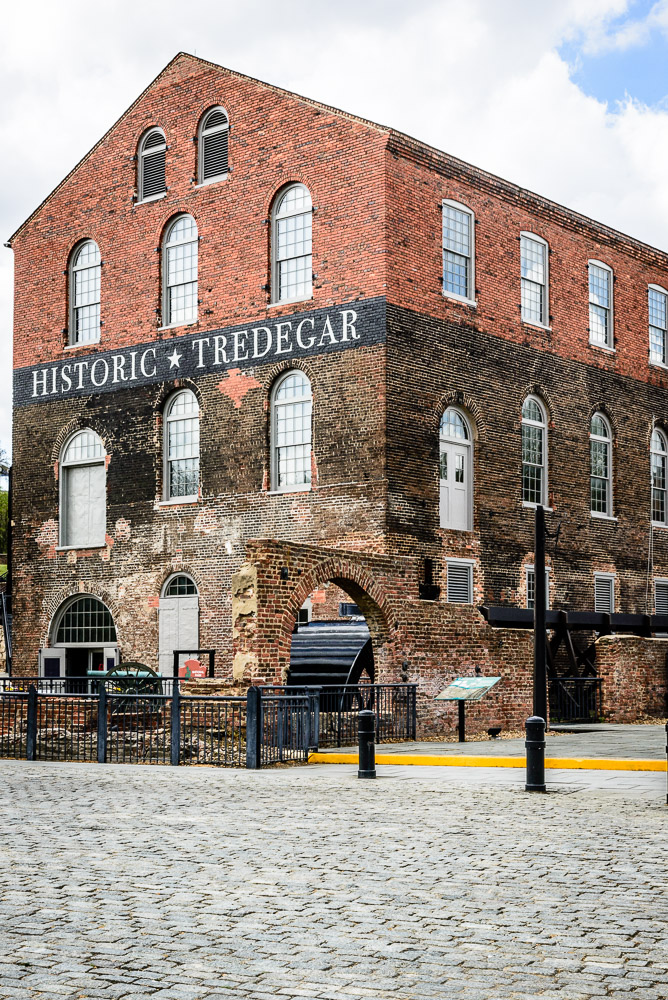