Two Frogs On A Bike

Two Frogs On A Bike

Two Frogs On A Bike is an antiques store in Hanover, Virginia. It is housed in a clapboard country-store building dating back to 1954, although it appears to be much older. It is located at the northern end of the town on Virginia Route 2 and US Route 301, which have merged into a single road by here.

We were visiting the town to take a look at one of the oldest courthouses in America. Taking a walk around the area to find something to eat we came across this wonderful building which was just so full of character. Unfortunately, it was closed so I was limited to the outside only.

In researching some background information for this post it appears that the property is currently for sale. There was no indication this was the case when we visited a year ago in April 2015.

The weathered clapboard siding which had not seen a new coat of paint in many a year together with the overall rustic charm of the place cried out for a look to the image reflecting a bygone age. On1 Photo Effects 10 was used as the main post-processing software.

The image was actually processed three times in Effects 10. The first pass produced a soft, grainy version in full color. The second pass, which started with the same original, created a high contrast B&W version.

A new layer was then created by using Stamp-visible (cmd-option-shift-E). This preserved all of the underlying layers whilst giving me a merged version to add the final effect. The new layer was then processed in Effects 10 to give it some additional texture as well as the framing. 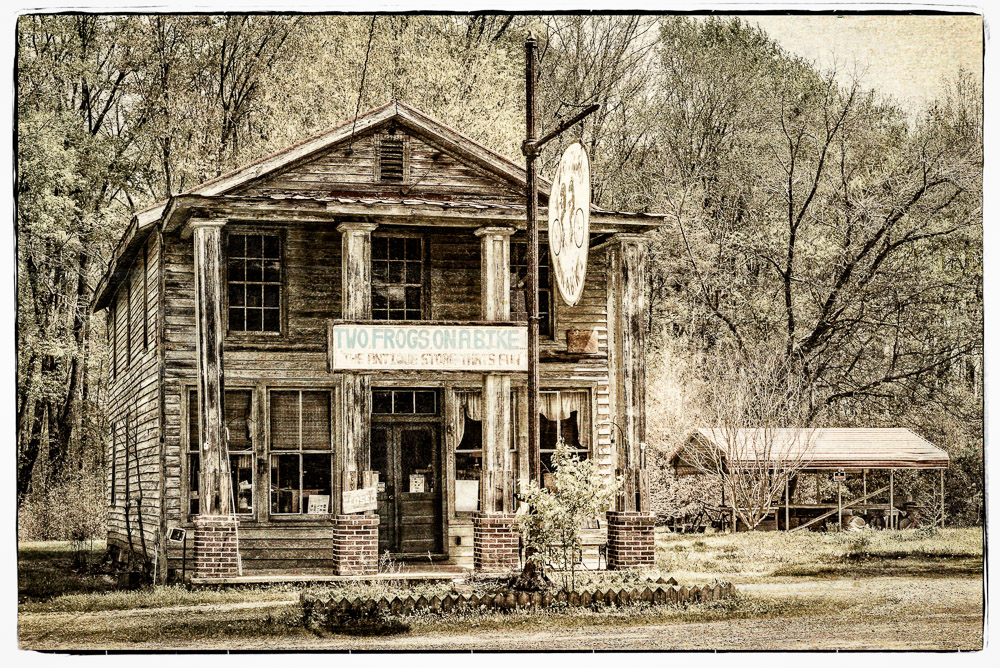