In the first two posts of our tour of the Ghost Town of Los Cerrillios, New Mexico we visited the Delallo-Simoni Building and the What Not Shop, both on First Street.  At the other end of First Street is the Barardinelli House.

This double adobe building, built in 1886, originally served as a residence with an attached saloon. The Berardinelli family built the structure with the stone work being done by Monier & Coulloudon, the masons who built the Loretto Chapel in Santa Fe. Quintien Monier later moved to Tucson, where he was responsible for the construction of many of the masonry buildings of old town, and William Coulloudon settled in Albuquerque in the same line of work. The varied uses of the Berardinelli saloon building, in addition to being a saloon, included at different times a dance hall, an undertaker’s parlor, Joseph Granito’s grocery store, and a silent movie theater. This parcel of land, along with the rest of Cerrillos, was deeded by President Grant to Stephen B. Elkins in 1871. Elkins had inside information that a transcontinental rail line would pass this way in a couple of years and expected to subdivide the land and make lots of money. The depression of 1873 delayed the railroad and the development of Cerrillos for eight years, inconveniencing Elkins greatly. Elkins was the chief Republican rival of William McKinley for the office of President in 1896, and lost out to a relative youngster named Teddy Roosevelt as McKinley’s vice president four years later. 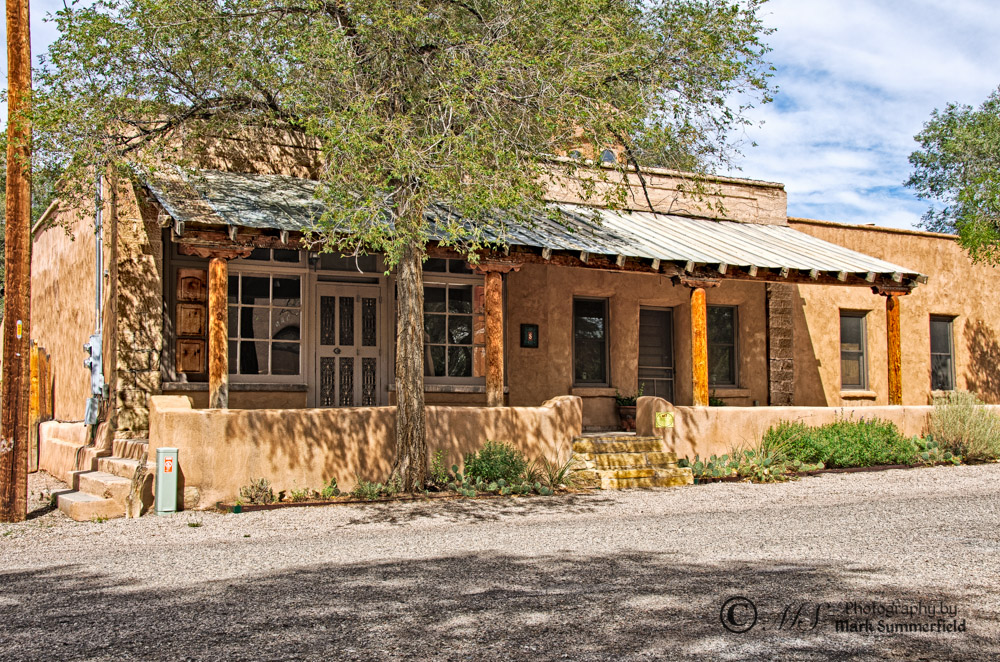