Las Trampas is a small community on State Road 76, commonly known as the High Road, between Santa Fe and Taos, New Mexico.  The community was founded in 1751 by twelve Spanish families from Santa Fe.  The original village consisted of low buildings built around a central plaza.  The largest building on the plaza was the San Jose de Gracia Church.  Built between 1760 and 1776, the church is one of the best preserved examples of Spanish Colonial architecture in New Mexico.  By the time the church was completed the community had grown to 63 families numbering 278 people.  The town has been continually occupied throughout the Spanish, Mexican and American periods of New Mexico’s history.

The San Jose de Gracia Church, also known as Church of Santo Tomas Del Rio de Las Trampas, is an adobe parish church in the traditional cross-shaped plan.  The central nave is approximately 100 feet long by 52 feet wide.  These dimensions do not include the transepts and projecting apse which make up the overall cross shape.  The adobe walls are in excess of four feet thick and rise to a height of 34-feet. 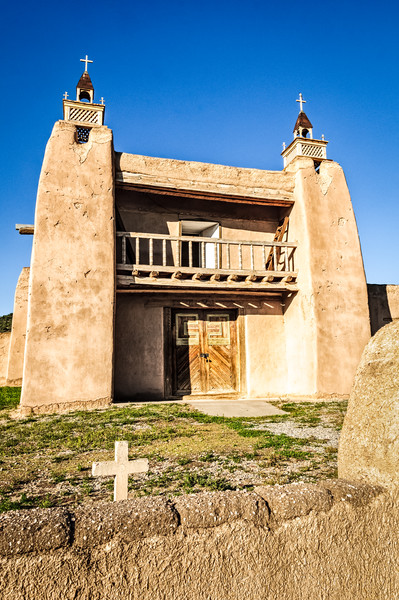 Surrounding the building is an atrio, or courtyard, which serves as the cemetery.  The low adobe wall surrounding the atrio steps up to create a handsome gateway.  The main portico of the church is flanked by two bell towers.

Las Trampas was always a small and somewhat isolated community.  This meant that the San Jose de Gracia Church never had a resident priest.  Instead the faithful of the town were served by the Franciscans at the Picuris Pueblo, several miles up the road.

Having stood for nearly 200 years, the church suddenly faced a very modern threat in 1966.  The New Mexico State Highway Department planned to widen the road through the village.  The plan would have brought the road to within 10-feet of the church damaging part of the atrio and surrounding adobe wall in the process. The dedicated efforts of preservationists fortunately prevailed and the church and its cemetery were saved.

In addition to saving the church, it was repaired and a new coat of adobe applied.  New wooded steeples were affixed to the twin towers at the front of the church.  Thanks to the preservationist, the San Jose de Gracia Church stands today as one of the best examples of the New Mexico parish churches of the eighteenth century.

The San Jose de Gracia Church was listed as a National Historic Landmark in 1967.  The Plaza Historic District surrounding the church, although it does not contain any buildings dating back to when the church was built, is separately listed on the National Register of Historic Places. 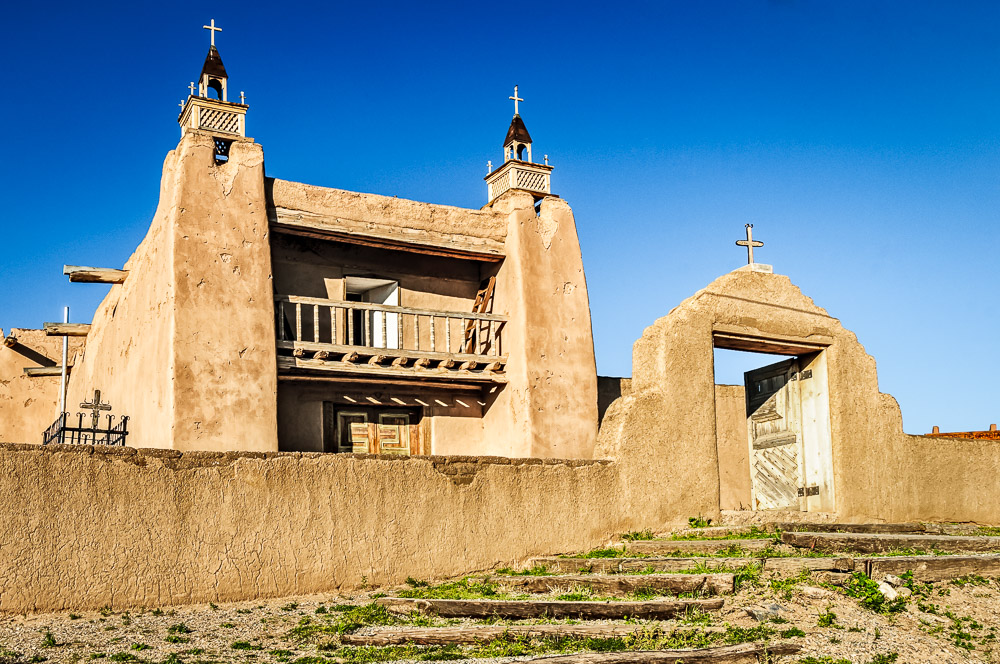