Now with winter starting to deliver the cold as well as colorless vistas I thought it was time to revisit summer and one of my favorite places for a vacation. The Loire Valley in France with its magnificent Châteaux is every architecture photographer’s dream. This image is of Château de Chenonceau. This particular shot was captured over 15 years ago when I was living in England and a trip to this photographic paradise was an easy ferry ride across the English Channel.

Château de Chenonceau spans one of the tributary rivers to the Loire, the River Cher. The estate of Chenonceau dates back to the 11th century. The current château dates to the early 16th century. The first part of the building was built on the foundations of an old mill. This part was completed in 1522. It was later extended in the late 1550s to span the river. The gallery over the river is one of the most popular images of the building. I have many shots of the arched gallery across the river but for this post I decided to show the earlier part of the château before the gallery was added. My very first post on this web-site talked about the Loire Valley and featured one of my images of the gallery.

As you may have guessed from the age of this shot, this is a scanned transparency. I have, though, used the latest version of new On-One Software Perfect Effects 9 Software to finish the image. The original scan showed the wonderful light that was preceding a storm which is coloring the sky but did not have the dynamic range of a modern digital capture. A combination of filters in Perfect Effects 9, however, helped to overcome this deficiency by bringing out the details in this magnificent building. 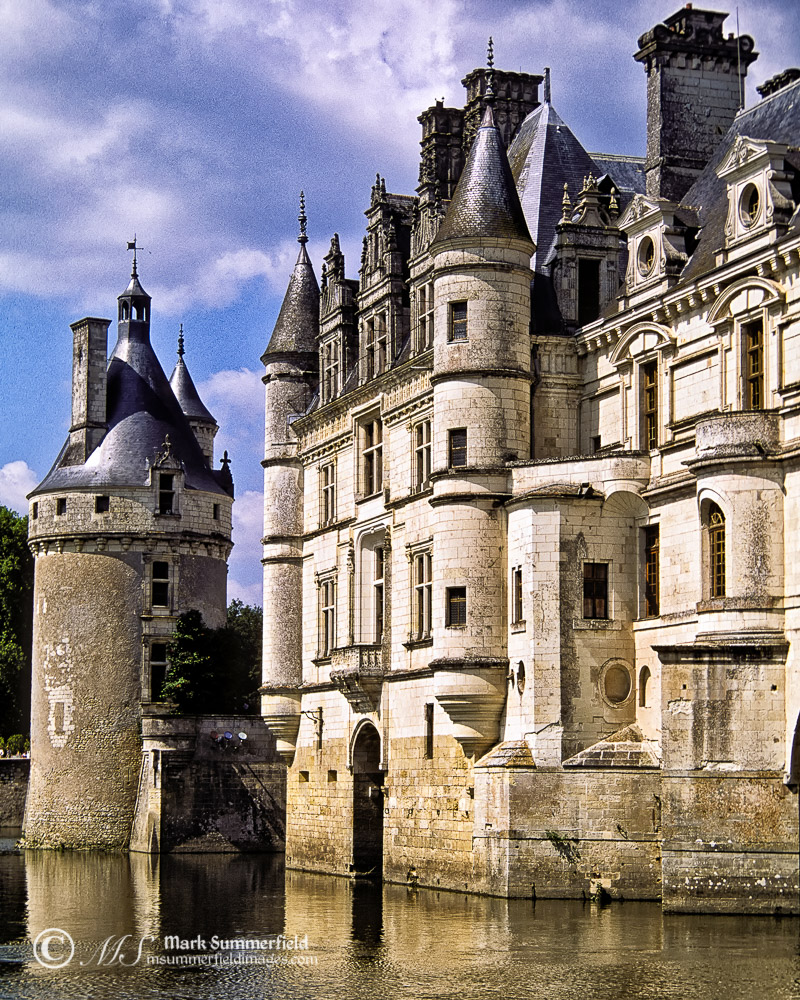