The Checker Marathon automobile was produced by the Checker Motors Corporation of Kalamazoo, Michigan. It was introduced in September 1960 for the 1961 model year. With the exception of the United States government mandated 5 mph bumpers in 1974 and ongoing mechanical changes, the Marathon remained virtually unchanged during its 21-year production run. The final Marathon was manufactured in 1982, when Checker exited the automobile manufacturing business.

A version of the Marathon was, during its production run, the taxicab of choice for New York City and many other American cities. The size of the car (seating many passengers), the robust construction, the lack of yearly changes to the styling (simplifying parts management), and the bolt-on rear quarter panels all contributed to the Marathon’s ubiquity on the streets of Manhattan.

This image of a Red Top Cab was made in Falls Church, Virginia.  I decided that it needed to be finished with a faded vintage look.  After all, the cab has to be at least 30+ years old.  The look was achieved using Perfect Effects from OnOne Software which makes creating such stylized looks very easy. 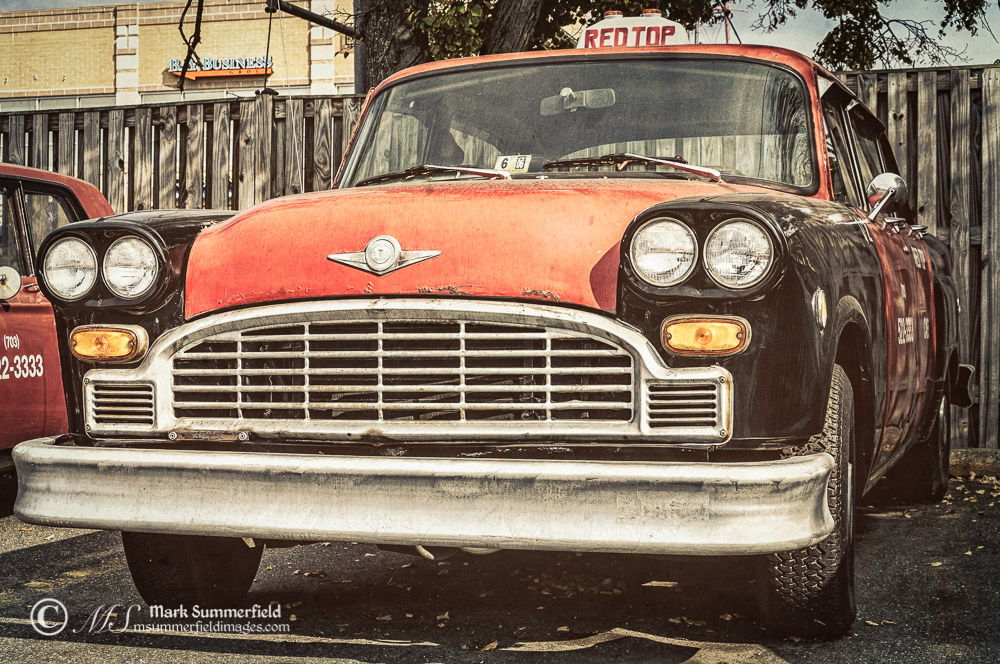