The Isaiah Davenport House is a historic house in Savannah, Georgia. It is located on the northwest corner of Columbia Square, one of six additional squares added to the original Oglethorpe Plan in the late 1790s.

This federal-style home was built in 1820 by Isaiah Davenport for his growing household as well as a means of showing his considerable building skills. Details of his life are somewhat vague. He does, though, have an important place in the architectural history of Savannah. He was responsible for a number of the historic homes from the early 19th century which still grace the Savannah urban landscape. However, it was the impending demolition of this particular building in 1955 which led to the city-wide historic preservation movement that cemented his position in Savannah architectural history.

The saving of the Isaiah Davenport House was the first act of the Historic Savannah Foundation. The building first served as the offices for the Foundation. In 1963, the restored first floor was opened to the public as a museum. Years later the rest of the building was open to the public with the Foundation moving its offices to another building. A further renovation took place in the 1990s. This resulted in a more authentic experience for visitors. The property now had period wallpaper and room furnishings reflective of the building in 1827 when Isaiah Davenport died.

One of the most striking features of this 1820 Federal-style house is the double curved steps to the raised front door. They form the center-piece of this perfectly symmetrical facade. A perfect subject for this image. 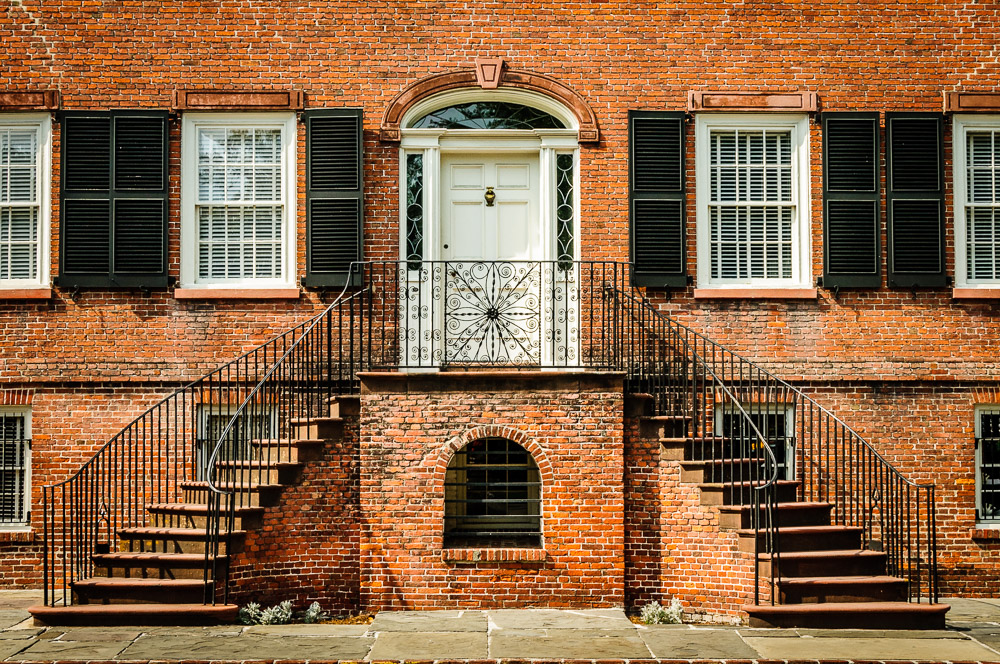