Pohick Church is known as “the Mother Church of Northern Virginia”. It was the first permanent church to be established north of the Occoquan River. Established sometime prior to 1724, it was originally called the Occoquan Church. It soon became known as Pohick Church due to its proximity to Pohick Creek.

In 1732, the Virginia General Assembly established Truro Parish which included all the lands in the colony north of the Occoquan River, extending to the western frontier. At the time, Pohick was the only church within this extensive area. It, therefore, became the Parish Church of the newly formed ecclesiastical district.

The original Pohick Church was a wood-framed structure. When the building deteriorated beyond repair, the Parish Vestry, its twelve man governing body, commissioned James Wren to design the replacement. Located about two miles north of the original church, the current brick church was constructed between 1769 and 1774. The design of the new building followed the the pattern of two of James Wren’s earlier churches: The Falls Church and Christ Church in Alexandria. Three of the area’s most famous residents, George Washington, George Mason and George William Fairfax, who were all vestrymen of Pohick Church, served on the building committee which oversaw construction. In fact, it was George Washington who argued for the church to be sited at its new location.

In order to finance the construction of the church, all parishioner families paid larger than usual tithes. In addition, the wealthier plantation owners each purchased family pews. These pews conformed to the traditional style of English churches. The pews are enclosed boxes designed to prevent drafts and retain warmth from the heated bricks which were brought in from the courtyard in leather carriers prior to the commencement of the services.

The interior seen today is the result of a major restoration project began in 1890. The original interior, which had been been restored in 1837, was destroyed by occupying Union troops taking souvenirs of “Washington’s Church”. What wasn’t taken as keepsakes was used as firewood. The interior was then used as a stable whilst the exterior was used for target practice. The outside damage can still be seen today.

Pohick Church lies alongside Richmond Highway just south of Alexandria in Lorton, Virginia. It is open to visitors Monday through Saturday, 9 am to 4:30 pm, and Sundays from 12:30 pm to 4:30 pm, following the morning services. A leaflet available inside the church provides a pew-by-pew guide to the parishioners which reads like a who’s who of pre-revolutionary war America. 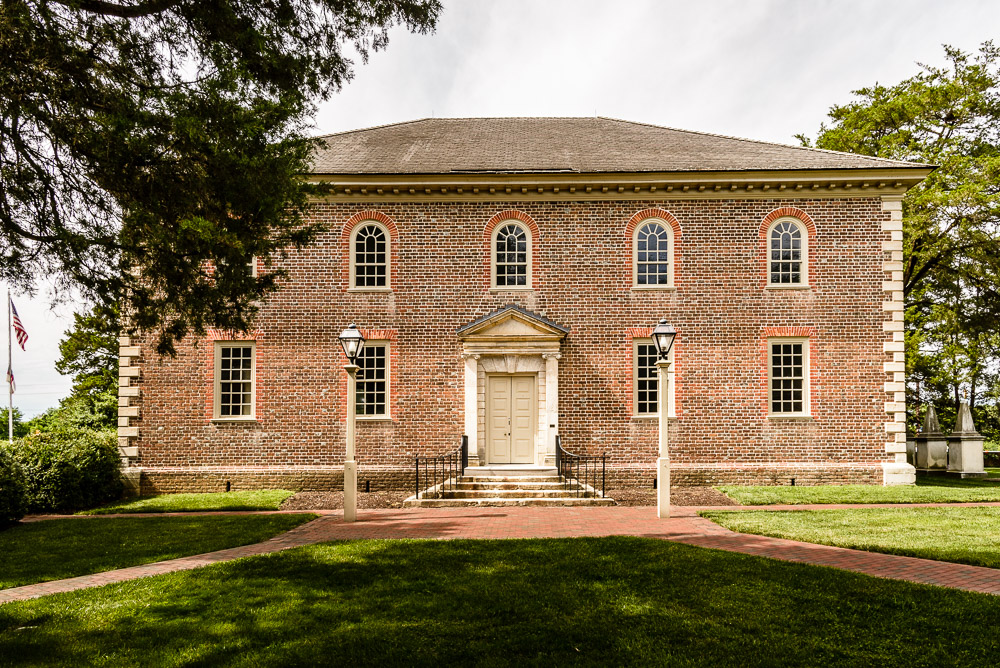