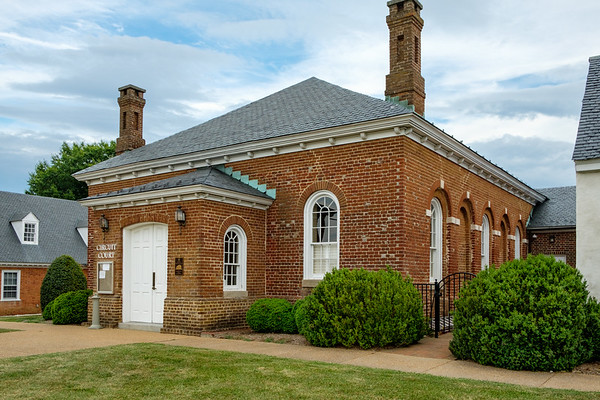 For those of you not from Virginia, Richmond County is nowhere near the city of Richmond. The county is 53 miles Northeast of the city on Virginia’s Northern Neck between the Potomac and Rappahannock Rivers. It was formed from Old Rappahannock County in 1692. The first court house was built the same year and located near Sabine Hall, the plantation home of Landon Carter. About 1730, the county seat was moved to Warsaw. The present Richmond County Courthouse was built in 1748-50 by Landon Carter under an agreement between the Court and Carter dated March 6, 1748.

The Richmond County Courthouse varies from the usual colonial style. Here the courthouse has an arched arcade along either side of the building. The other colonial Virginia courthouses such as those at King William County and Hanover County have the arcade on the front of the building. The arcade on either side, though, still provided the way into the interior. When constructed, the building had four arches into the arcade. Two additional blind arches suggested the appearance of six bays.

The courthouse was remodeled in 1877 by Baltimore architect T. Buckley Ghequiere. On June 23, 1877, Ghequiere published a letter in the American Architect and Building News describing the arrangement of the existing courthouse. In this letter, he called the building “very peculiar”. It is this letter which provides the information for the original design. 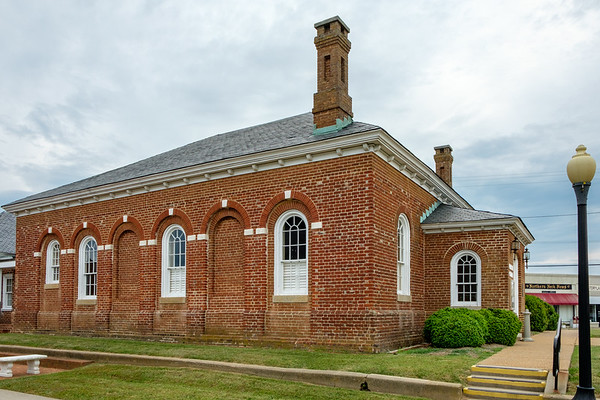 Ghequiere wished to preserve in some way as much of the peculiarities of the original design. He closed the open arches on either side and added an entrance to the north end. The interior walls of the arcades were removed to enlarge the public space. This is how we find the building today.

Despite the alterations, the Richmond County Courthouse with its unique design, remains among the important collection of Virginia’s colonial courthouses. It was listed as a Virginia Historic Landmark in August 1972 and was added to the National Register of Historic Places in December 1972. 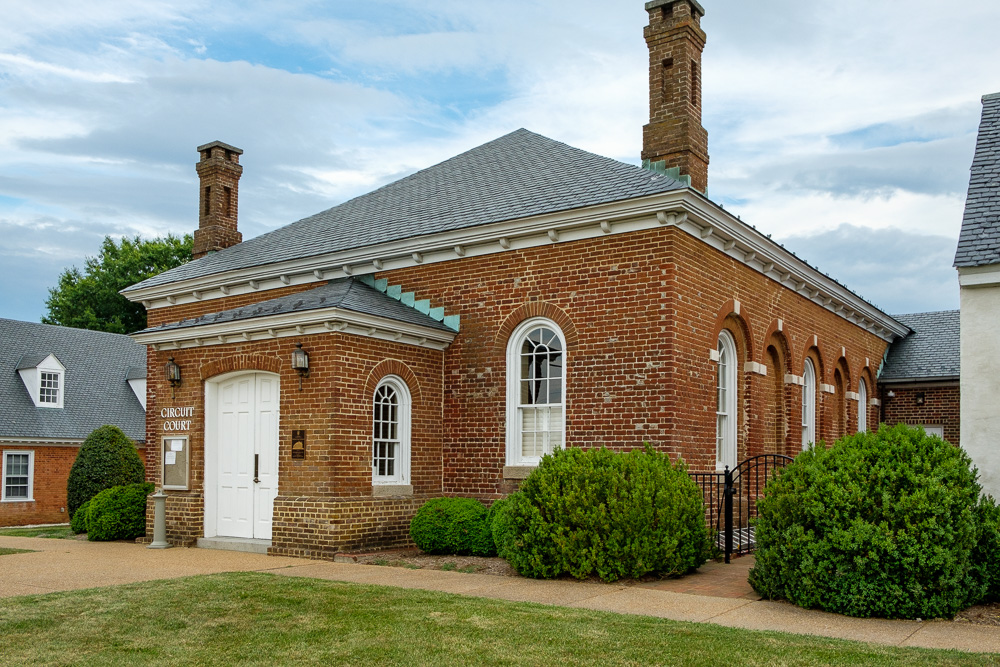 Article Name
Richmond County Courthouse
Description
The Richmond County Courthouse was completed in 1750. It varies from the usual colonial style in that it has an arched arcade along either side of the building. The other colonial Virginia courthouses have the arcade on the front of the building.
Author
Mark Summerfield
Publisher Name
Mark Summerfield
Publisher Logo