Hanover County was formed in November 1720 by an act of the Virginia General Assembly which divided New Kent County. It was named in honor of King George I of England, who, at the time of his coronation, was Elector of Hannover in Germany. The “Act for Dividing New Kent County” includes:

It was another decision by the Virginia General Assembly which indirectly led to the design of the brick courthouse which we see today. In 1699, the General Assembly decided to move the capital of Virginia from Jamestown to Williamsburg. The construction of the College of William and Mary in 1700 and the Capitol in 1703 had a profound effect on the design and appearance of the Virginia courthouses built in the following years. These were the first large-scale public architecture projects built in the colony. They gave the colonist tangible proof that their experiment was no longer that, but now a permanent proposition. Hanover County Courthouse shares a number of design elements common to the courthouses built at the time, many of which were taken directly from the the public buildings in Williamsburg. These early structures have often been described as having a “heavy look” or a “permanent, immovable air”. They have even been likened to “strongboxes”. They were all small, single story structures. The brickwork, as with the Williamsburg buildings, is laid in a Flemish bond.

The single significant design characteristic is the arcaded porch. This feature was common in the town halls and market halls of England. The lineage can be traced back through Renaissance Italy back to the public buildings of ancient Rome. This arcade first appeared in Virginia on the back of the Wren Building at the College of William and Mary. It is believed, though, that this characteristic of the courthouses was inspired by the arcade that connected the wings of the first colonial Capitol in Williamsburg. The Hanover County Courthouse was built in 1735. It is the third oldest courthouse in America. The oldest structure is the King William County Courthouse in the neighboring county. The design of these two buildings is almost identical. Both have a five-bay arcade, are T-shaped with a high hipped roof and detailed cornice. Neither the architect nor the builder of either structure is recorded. The similarity, though, is probably the result of the committee of two or three judges which was appointed to serve as the overseers of the construction. Being that the courthouses are in adjacent counties, it is likely that the same judges from the two counties served on the building committees for both courthouses.

Hanover County Courthouse is not only one of the oldest in America, it is also linked to some of the key events in American history which we will look at in the next post. 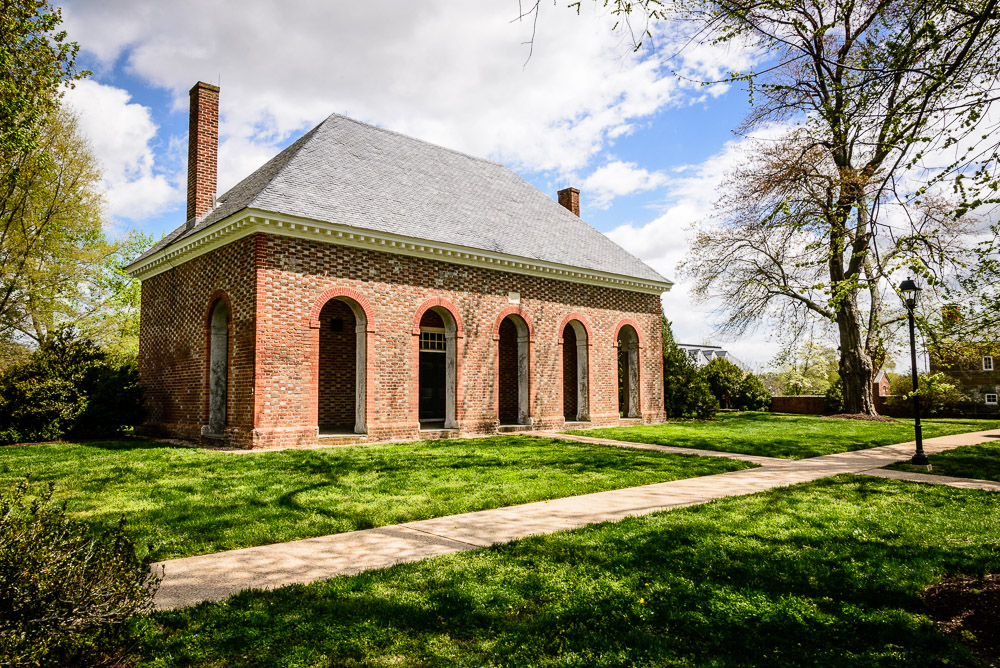