Slash Christian Church in Hanover County, Virginia is the oldest and best preserved frame colonial church in Virginia. Originally known as Upper Church, St. Paul’s Parish, the building dates back to 1729. The name Slash comes from the numerous ravines or slashes on the property which are the result of the poorly draining sandy clay soil.

In a report to the Bishop of London in 1724, the Rev. Brook reported that St. Paul’s Parish was 12 miles wide and 60 miles long, encompassing 1,200 families and 4 churches. At the time it was compulsory for each landowner to attend church so a legal headcount could be maintained for tax purposes. With an average congregation in the parish of 300 families, there was an obvious need for more churches.

On June 16, 1729, the vestry of St. Paul’s Parish offered to purchase three acres from William Alsop Jr. Mr. Alsop was paid 600 pounds of tobacco for the land. The 60-foot by 26-foot church was constructed from wood hand cut from the property, mortised and fastened with wooden pegs. All window and door frames were hand wrought. There is no millwork in the entire structure. The workmen who built the church were paid “Sixty thousand pounds of Merchantable sweet Scented Tobacco with Cask”. The payment was made in two equal installments which, according to the Vestry Book, were made on September 27, 1729 and September 16, 1730.

After over 285 years there are still some of the original materials to be seen. Some of the glass remains from the initial installation. Most of the horizontal boards of the wainscoting dates back to the original construction. The stairway, the balustrade and balusters of the galley as well as the galley itself are also original.

Slash Christian Church proclaims Patrick Henry, Dolley Payne Madison, and Henry Clay as famous worshipers. Having Patrick Henry as a worshiper is no surprise as his uncle, also Patrick Henry, was the rector of the church from 1737 until his death in 1777.

In 1840, the congregation relocated to a new church near to the Hanover County Courthouse. The original building became a “free for use” church. Although other protestant denominations used Slash for several years, the Methodists and the Disciples of Christ emerged as the principal users. In 1842, these two groups agreed that the Disciples would purchase the Slash building and property while the Methodists would buy nearby land, where they erected Lebanon Methodist Episcopal Church.

In 1954 a church member donated an educational building, which was attached to the north door of the original structure by an enclosed passage. The new structure so closely replicated the old that it was difficult to detect the age difference.

Slash is a Religious and Historical treasure of Hanover County, of Virginia and of The United States. It was listed on the National Register of Historic Places in 1972. 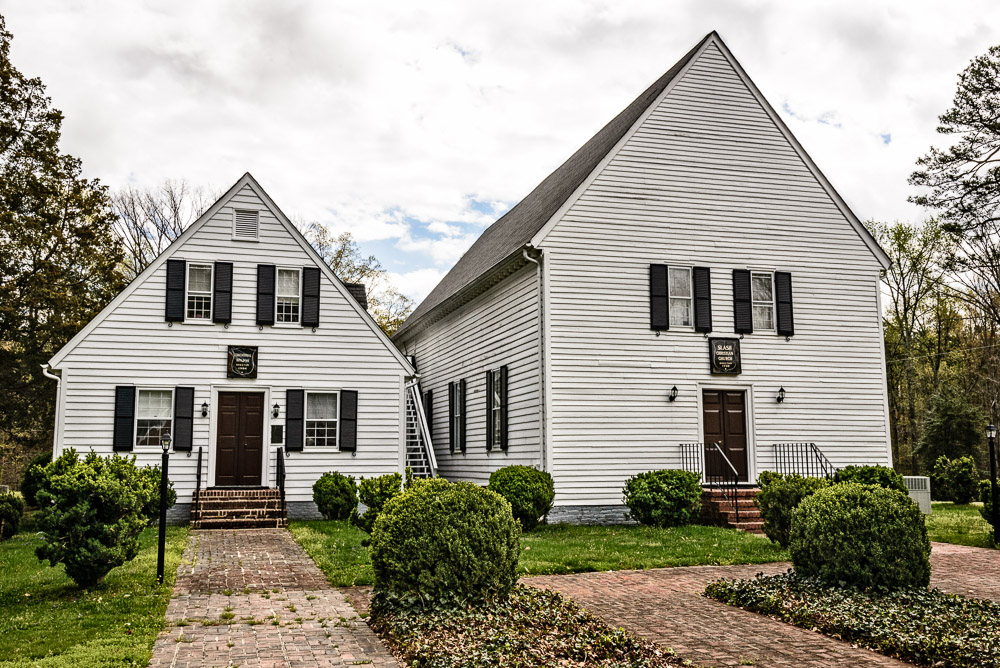