Most first generation A70s were Hampshire 4-door saloons, though some estate and pickup truck versions were also produced as the A70 Countryman and A70 Pick-up respectively.  Production of the model ended in 1950 with just over 35,000 built. In 1950 the UK price was £648.

The A70 Hereford replaced the Hampshire in 1950 and was wider and slightly longer with an extra 3 inches (76 mm) in the wheelbase.  A new addition to the range was the A70 Coupe, a 2-door convertible with coachwork by Carbodies of Coventry.  A notable mechanical change was the use of hydraulic brakes.  The smaller A40 Somerset had similar styling and even shared the same door panels.

The car retained the 2199cc 4-cylinder engine first seen officially in 1945 on the Austin 16.  Performance was adequate by the standards of the time, but the car was not particularly quiet and an Autocar Magazine road test in 1950 reported a “small vibration at about 40 m.p.h. on the overrun” on their test car.  Austin had stepped ahead of the competition after the war by equipping all their cars with interior heaters at no extra cost, and the Hereford came fitted with “the latest Smiths fresh-air installation” as standard equipment.  The road tester found the heater, like the engine and indeed the windscreen wipers, “rather noisy in operation”.   About 50,000 were built before the run ended in 1954.   The car cost £911 including taxes. 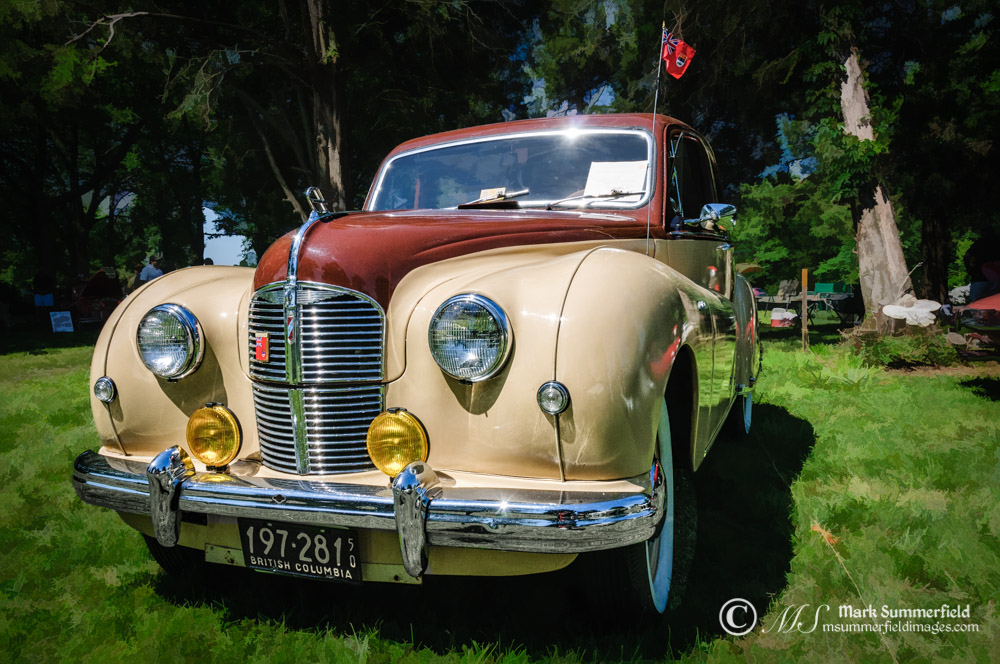