The current Culpeper County Courthouse is the third building to have the title. The original courthouse was a simple frame building built in 1750. Being declared unsafe in 1808, a replacement two-story brick building was constructed on the same site the following year.

In 1870, the Culpeper County seat changed its name. Originally called Fairfax, this was felt to create confusion with Fairfax Court House, the name by which the county seat of nearby Fairfax County was commonly known. The choice was simply to call the town Culpeper. In the same year, the County board requested new accommodations. At this time they did not have any where to meet. The 1809 County Courthouse, having been used as a prison for Confederate soldiers was not appropriate. The board asked the General Assembly to borrow $10,000 to build a new courthouse on a new site. This sum was to supplement the proceeds from the sale of the materials from the existing building as well as the public square on which it was located.

A bid for the construction of the new County Courthouse of $18,700 was accepted on December 6, 1870. This was the most expensive building in Culpeper County until well in to the 20th Century. It was designed and built by Samuel Proctor. Although sometimes referred to as an architect, Proctor was mainly a builder. He was active in the area between 1870 and 1894.

The building was completed and handed over to the county on March 7, 1874. The basic design of the new Culpeper County Courthouse follows the basic American Temple Revival concept of nearby Fauquier County Courthouse which was completed in 1853. However, Proctor merged many additional influences into his final design. Eugene Scheel, in his history of the county, aptly described the new building as “a combination of just about every neoclassical style, and a touch of Victoriana in the cupola”.

This blend of architectural styles was used by New York architect John R. Thomas, one of the most prolific designers of public buildings in the nation in the late 19th century, in his design of Lewis Brooks Hall at the University of Virginia. Completed a couple of years after the Culpeper County Courthouse, Thomas’s design was said to be the beginnings of the new American Renaissance architectural style. This makes the Culpeper building an early provincial representation of the new style.

The Culpeper County Courthouse is one of the constituent buildings of the Culpeper Historic District which was listed on the National Register of Historic Places in 1987. 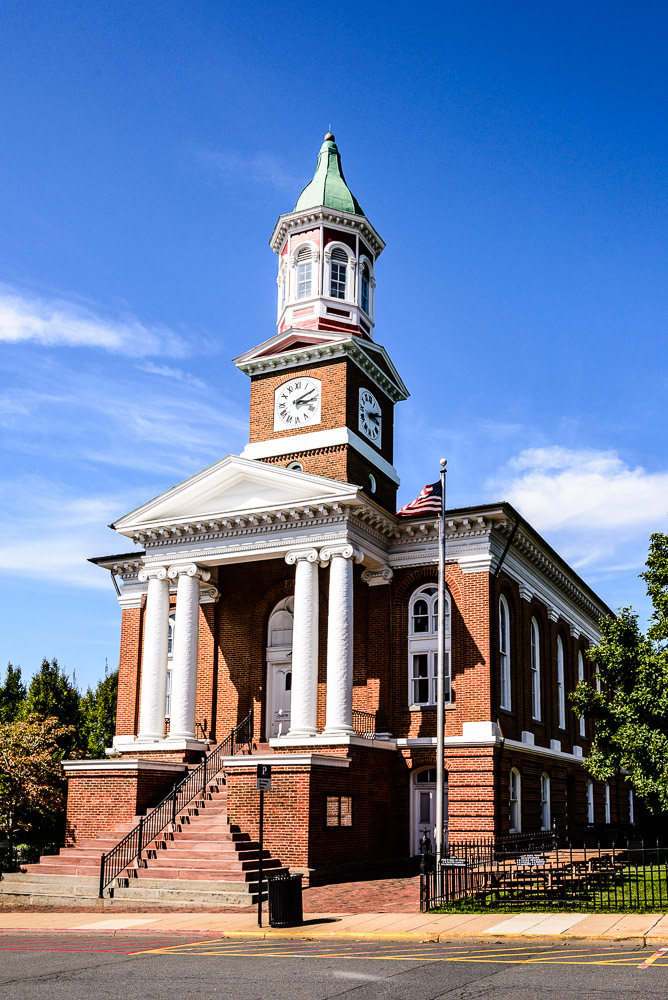