Completed in 1788, this was the first stone house on South Main Street in Washington, Pennsylvania. This two story house was built by David Bradford, a successful lawyer and deputy attorney-general for Washington County. By the standards of the day, this could only be called a mansion. The magnificent mahogany staircase and the interior wood finishes show remarkable craftsmanship. The stone for the exterior was quarried near Washington, while the interior decorations came from Philadelphia and had to be transported across the Allegheny Mountains at great expense. During restoration a secret underground passage was discovered leading to a nearby ravine which was presumably designed as an escape route in the event of attack.

David Bradford and his family only lived here for six years.

By 1794, Bradford had become a leading figure in the Whiskey Rebellion. Bradford, being the Deputy-Attorney General, was involved in local political affairs including becoming active in the protest over a whiskey tax which began three years earlier. This tax was seen as just part of a general attitude and mistreatment of the people west of the Alleghenies by those in the east. Bradford’s role in the rebellion culminated in his part in the drafting of the resolutions considered at the meeting at what is now known as Whiskey Point on August 14, 1794.

The Federal Response to this gathering was for President George Washington to send 13,000 troops to the area carrying with them arrest warrants for the leaders, including David Bradford

There is a popular legend surrounding Bradford’s escape.  According to Harriet Branton, a chronicler of the history of Washington County, in her book “Washington County Chronicles: Historic Tales from Southwestern Pennsylvania”, Bradford was at home on October 25, 1794.  When he received notice that there was a cavalry unit approaching to arrest him, he leaped from a rear window of the house onto his waiting horse.  With the soldiers in hot pursuit, he rode off into the night reaching McKees Rock where he traded his “faithful grey horse” for a skiff in which he set off down the Ohio river.

The truth of his escape, though, is nowhere near so exciting.  There was no leap from a rear window nor a hot pursuit with the cavalry in tow.  Bradford actually left town at a leisurely pace, going to Pittsburgh from where he took a coal barge down the Ohio River. 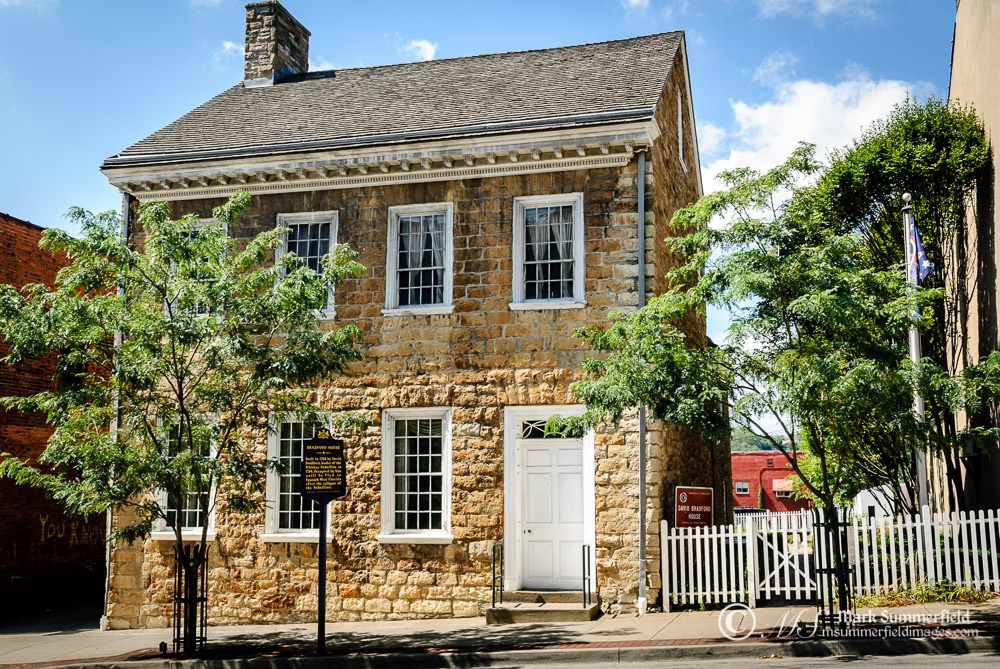