The Searight’s Tollhouse is one of the two remaining tollhouses on the National Road in Pennsylvania. The National Road played one of the most important roles in the opening of the old Western Territory. It was authorized by the federal government in 1806 in response to the need to provide a viable transportation link between East and West. This project is unique in our nation’s history for it was and remains the only road system wholly constructed by the Federal Government. Running for approximately 620 miles, the National Road provided a much needed connection between the Potomac and Ohio Rivers.

Construction began heading west in 1811 at Cumberland, Maryland, on the Potomac River. It crossed the Allegheny Mountains and southwestern Pennsylvania, reaching Wheeling, Virginia (now West Virginia), on the Ohio River in 1818. Plans were made to continue on the St. Louis but funding ran out and construction was stopped at Vandalia, Illinois.

When rebuilt in the 1930s, the Cumberland Road, as the National Road was also known, became the first road in the U.S. to use the new macadam road surfacing. Constructed in 1835, Searight’s was one of the six tollhouses built in the state.  All six tollhouses were built when the federal government handed ownership of the National Road to the states. Pennsylvania changed its section into a turnpike or toll road.

Searight’s Tollhouse received its name from its location near the village of Searights, named for its most prominent citizen, William Searight. Searight owned a prosperous tavern on the National Road. He had been a contractor for the road and was later appointed as the commissioner for the Pennsylvania section, a position he held until April 1845. He seems, though, to have had no connection with the actual tollhouse.

The years immediately following the construction of the Tollhouses saw a never ending stream of traffic, both east and west. Wagoners, drovers, stage drivers, and mail expresses all paid their dues to use the thoroughfare. The money that was collected helped maintain the road and pay salaries of people employed to perform the labor. With the coming of the railroads to Western Pennsylvania in the 1850’s, traffic over the road declined, and after the Civil War it was used chiefly for local trips. Tolls were collected until 1905.

See more images of the historic structures along the National Road here. 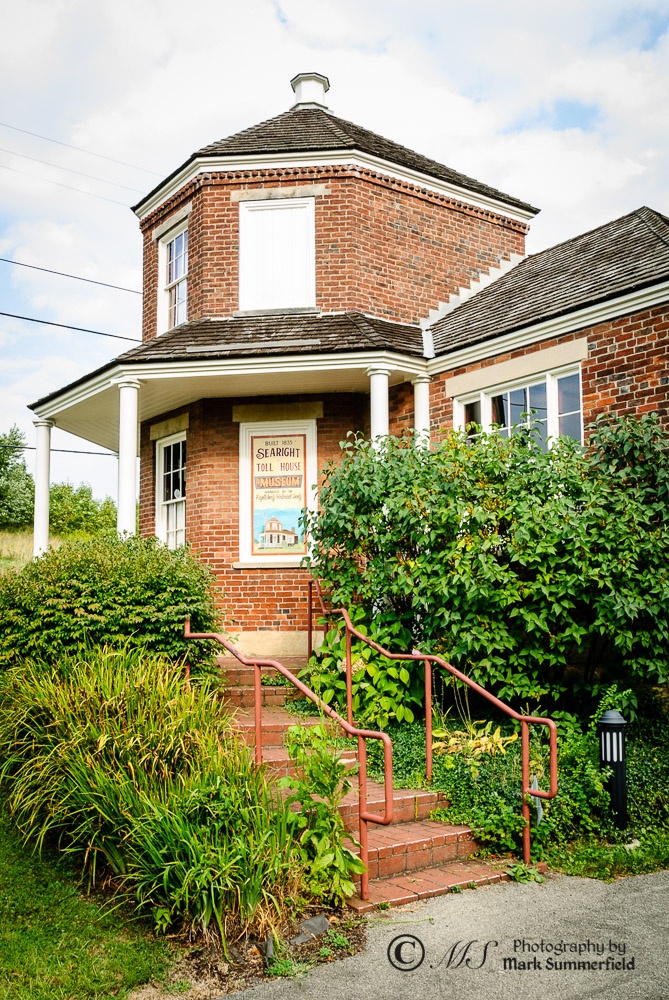