Today we return to the Virginia Museum of Transportation in Roanoke, Virginia. This post looks at the DC Transit Company PCC Streetcar. This particular example was built in 1945 by the St. Louis Car Company. It was one of 485 operated by the Capital Transit and Washington DC Transit Authority between 1937 and 1962.

The PCC in the name refers to the President’s Conference Committee. The PCC was a design committee formed in 1929. This is one of President Roosevelt’s New Deal plans introduced during the Depression.  Its overriding purpose was to revive the local and inter-urban traction industry. It consisted of representatives of some of the larger urban electric street car lines as well as some of the manufacturers and component suppliers. The committee’s aim was to design a new, modern type of streetcar which would better meet the needs of the operators and their customers.

The result of the committee’s deliberations was to produce a set of specifications for a complete vehicle of a set design. Included in the design was a modest list of available options and at least some room for customer customization. The vehicles were to be built with standard parts to a single basic design rather than custom car bodies for each user.

The PCC design used high-tensile alloy steel and welding techniques that resulted in a welcome departure from the noisy, slow moving, heavy cars operated by traction companies for many years. Rubber-centered wheels absorbed much of the noise originating from contact with the rails. Improved suspension and rapid acceleration contributed to the success of the design. This lead to a revitalization of streetcar operations as envisaged by FDR when he formed the PCC.

The PCC design proved so successful it has been used in Europe, Latin America as well as Canada and the US. In fact the largest fleets of units using the PCC technology were manufactured in the Soviet Union and operated in Moscow, Warsaw, Prague and Kiev.

There was basically two specifications for the North American units, 1936 and 1945, sometimes called pre-war and post-war. The most obvious difference between the two designs was in the windows. The pre-war cars usually had a right side arrangement of front door, five windows, center door, five windows, and one large rear quarter window. The post-war design was one of narrower pillars and windows resulting in seven windows between the front and center door.  Otherwise, the overall design remained the same throughout.

The DC Transit Company PCC Streetcars and some of the trams used by other inner-city operators incorporated a unique feature. The electric current was collected by a “plow” from a third rail under the street. In suburban areas, the conventional trolley pole was used to gather the current from overhead wires. 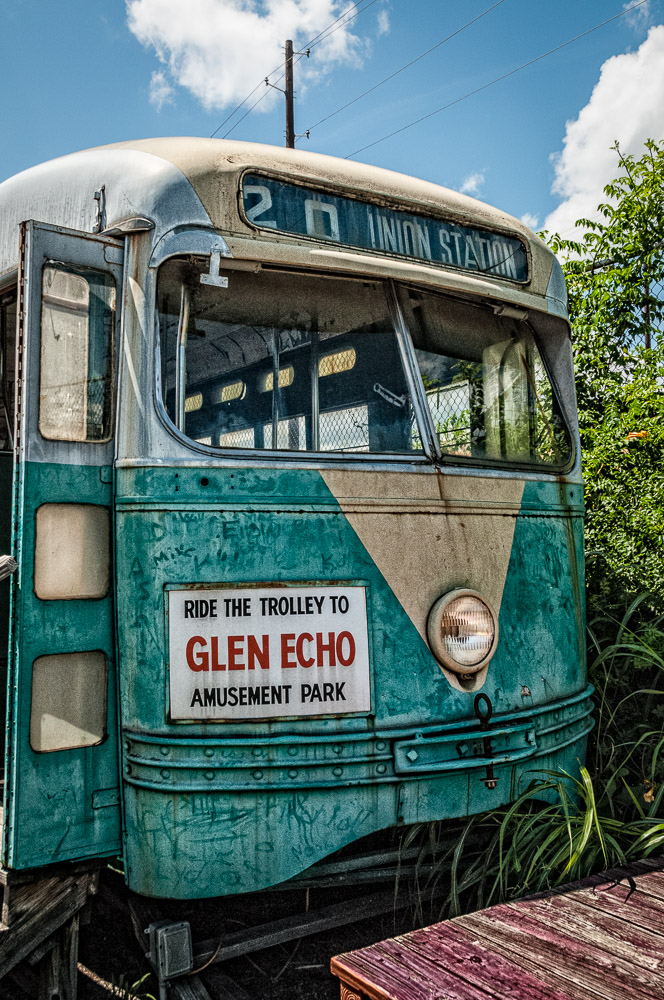