As with most of the buildings you can visit at Colonial Williamsburg, Hay’s Cabinetmaking Shop is very much true to the original.  Anthony Hay bought the lot on which the current shop stands in 1756.  He gave up the business in 1766 when he purchased the nearby Raleigh Tavern, after which he leased the building to his former workers.  One of the renters of the shop was a cabinetmaker named Benjamin Bucktrout.

Like many American cabinetmakers of this time, Benjamin Bucktrout made and repaired furniture, resilvered mirrors and supplied funeral services that included coffins and hearse rentals.  As we know from an advertisement in the 18th century Virginia Gazette placed by Benjamin Bucktrout to announce his continuation of the cabinetmaking services previously provided by Anthony Hay, he could also make and repair spinets and harpsichords.  This advertisement remains the only documented offer of its kind in Tidewater Virginia before the American Revolution.

Edward Wright, seen here, has been recreating the work of Benjamin Bucktrout using the tools and techniques as they would have been employed in the 18th century.  Where Edward differs from the original, I am very glad to say, is that he uses all of the modern methods of communication to explain what he is doing.  Not only does he answer questions and provide talks about his work to the visitors of Colonial Williamsburg, he also has a blog in which he details the his work and the issues he has to overcome to construct one of these beautiful musical instruments.

The spinet harpsichord Edward is making in these images is still a work in progress. Fortunately, in the entrance to Hay’s Cabinetmaking Shop is a fine example of a completed instrument which shows the craftsman that Edward is. 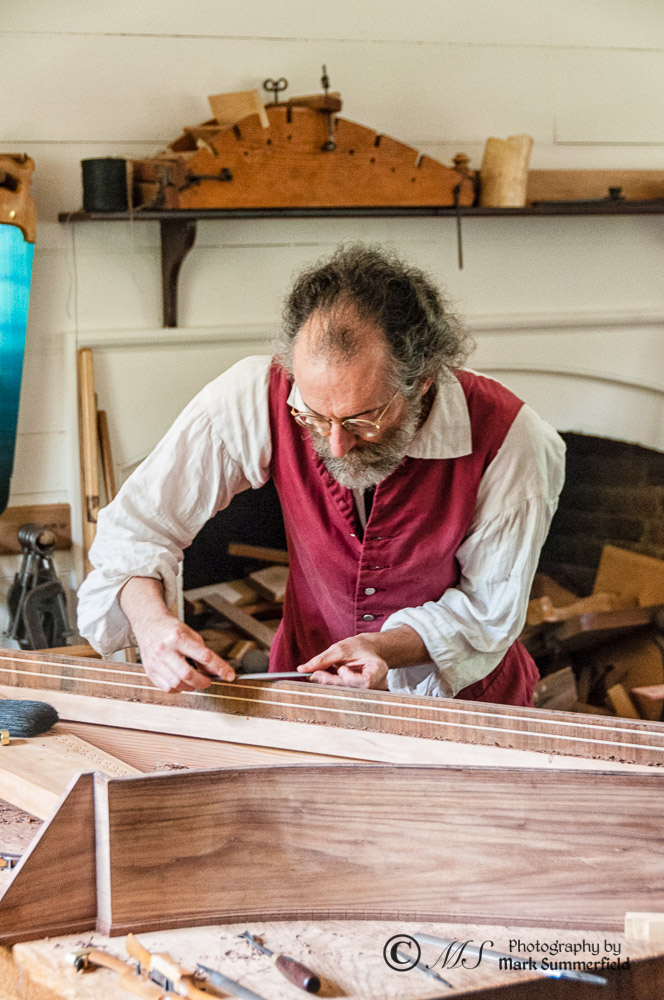