King William County, Virginia was created in 1702 on the peninsula of land between the Mattaponi and Pamunkey rivers. In the early days the town of West Point was the most important and the busiest as it served as the county’s port. Being such an important place, though, did not necessarily lead to the town becoming the county seat. As a rule, the governor and council directed that the county seat be located as near the center of the county as possible. A local landowner would often donate the land. In the case of King William County, the donation came from Richard Littlepage and Henry Fox, the first presiding justice.

The traditionally accepted date for the construction of the courthouse is 1725, although no documentary proof exists to support this. This date makes the King William County courthouse the oldest public building in Virginia, and most likely the nation, in continuous use. The court no longer meets in the courthouse but some hearings and other meetings occur in the original structure in order to preserve its record of continuous use.

As noted in my earlier post on the Hanover County courthouse, which was built around ten years after the one in King William County, the two structures are almost identical. The most significant design characteristic of these two as well, as the next few courthouses to be built in Virginia, is the arcaded porch. The feature is reminiscent of the town and market halls of England. This design feature, though, comes from much earlier, being found in the public spaces of ancient Rome such as the Tabularium which housed the archives of the ancient city.

The typical courthouse complex in the colonial times had a jail, “a pillory, a pair of stocks, and a whipping post, near the courthouse, and a ducking stool in such a place as [the court] may think convenient.” Separate clerk’s offices were not generally built until late in the eighteenth century. Before this the county and court records were kept in the jury room, although it was not unusual to find them housed in the local tavern or the clerk’s own home.

A surrounding brick wall with entry via a stile was added in the nineteenth century to keep cattle off the green in front of the courthouse. Apart from this addition and the civil war monument on the green, the courthouse looks very similar to when originally built. The pillory, stocks and whipping post have been removed. The King William County courthouse, though, has maintained its isolation, which is a rarity in Virginia today, as no real town has built up around the courthouse. The only buildings near the historic structure are the replacement courthouse and county administration building. 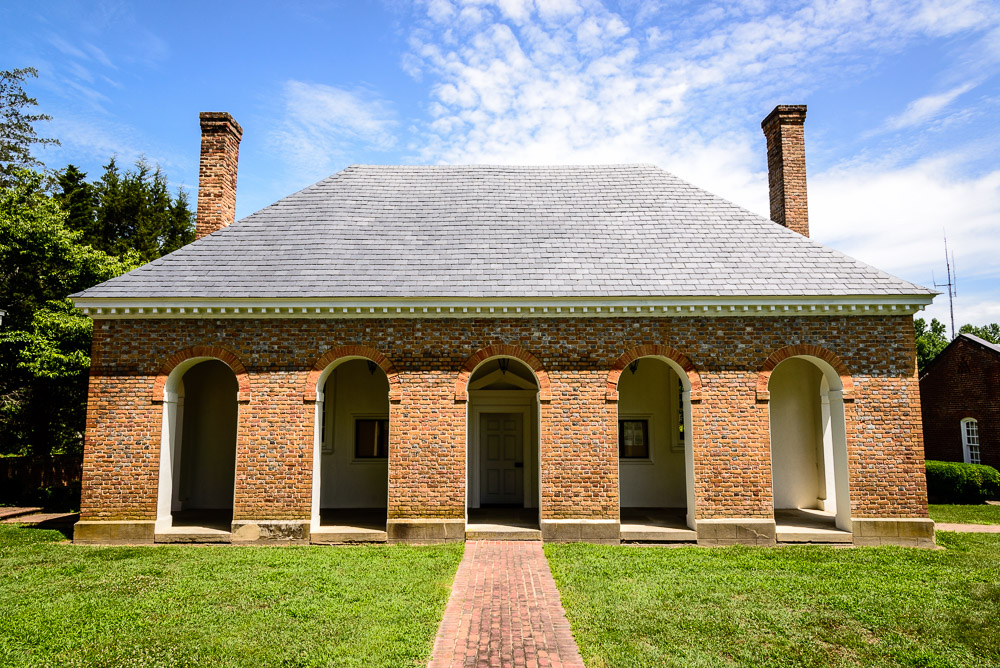