One of Thomas Jefferson’s many interests was architecture. It was said that along with his friend B. Henry Latrobe and Charles Bullfinch of Boston he was one of the three great American architects of his time. He is best known for his own home, Monticello, as well as the original buildings of the University of Virginia. He also was responsible for the design of a number of the courthouses in Virginia including those at Charlotte (1822), and the original courthouse at Buckingham (1822), which was destroyed by fire in 1869.

At the same time as Jefferson was sending his plans to Buckingham County for its courthouse, plans were underway for a new courthouse in Patrick County in southwestern Virginia. There is no direct link between Jefferson and the new courthouse in Patrick County but the influence is unmistakable. This Roman Revival structure is one of the first of this architectural style in the southwestern part of the state. Courthouses this far to the west did not follow these classical designs but were more influenced by Georgian and Federal characteristics. This building, constructed in 1822, became the influence on similar structures in Bedford County (1833 – now demolished), Campbell County (1849) and Pittsylvania County (1853), all of which were built much later.

Patrick County Courthouse was constructed by Abram Staples, one of the commissioners. It was accepted for occupancy on July 12, 1822. It is a two story structure with a clear three-part configuration consisting of the central block and two wings. The first story resembles the high basements that are characteristic of the Roman Revival architectural style.

The information for this post comes from a second-hand book I was lucky to find on Amazon recently – Virginia’s Historic Courthouses by John O. and Margaret T. Peters. This book was first published in 1995 by the University Press of Virginia.  It talks about 110 courthouses in Virginia’s counties and independent cities. 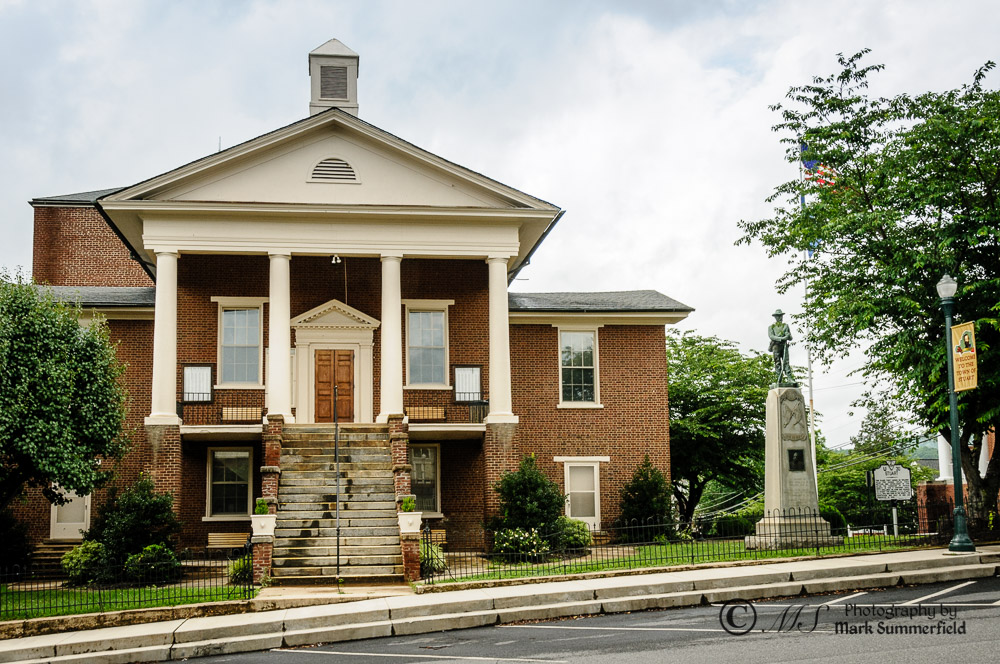