Ronceverte, West Virginia has fallen on hard times over the last few years with many of the buildings now shadows of their former glory.  As long as the structures are still intact, albeit needing some repair work done on them, their stories should be told.  Ronceverte is probably not on many peoples’ list of must see places but having spent an hour or two wandering its streets and learning the history of the town and its structures from the Greenbrier County pamphlet, I would like to suggest that more people stop and take a look at the town rather than driving straight through to get wherever they are going.

One building which has definitely seen better days is Shanklin’s Grand Theater.  Designed by architect John Norman Sr. and built in 1937, the theater is the only Art Deco style structure in Greenbrier County.  The theater has a decorative and very distinctive black and white glazed brick exterior.   It is interesting to note that the black glazing, which has now faded to a deep blue, is not as weatherproof as the white, leaving areas of the natural red brick color exposed to the elements.  Another unusual feature of Shanklin’s Grand Theater is the “air conditioning”.  The interior of the building is cooled naturally utilizing the cool air from a cavern situated beneath it. 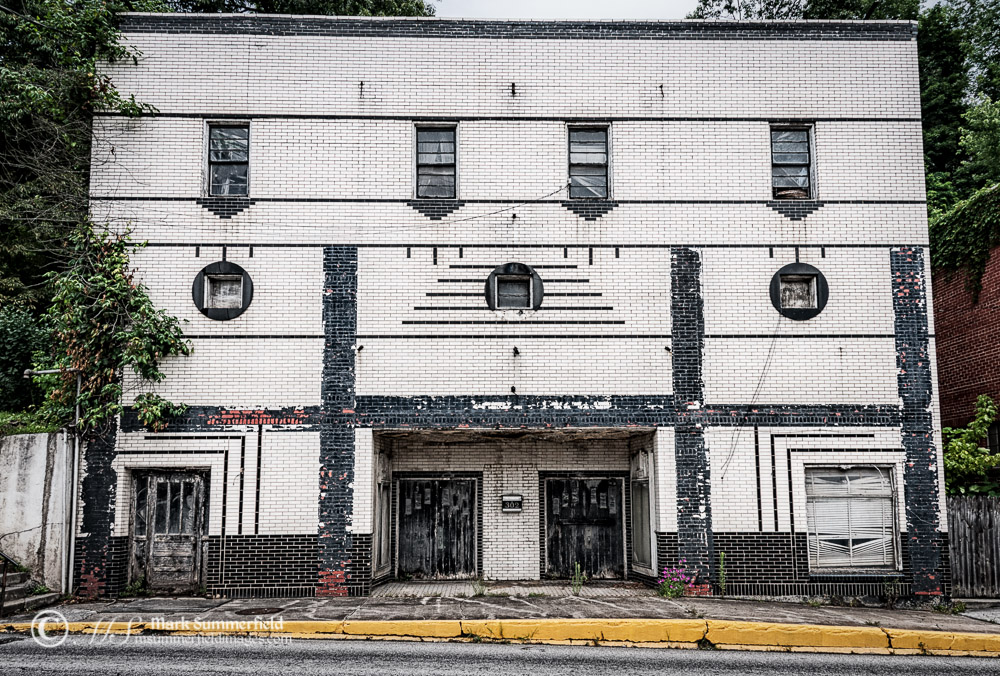