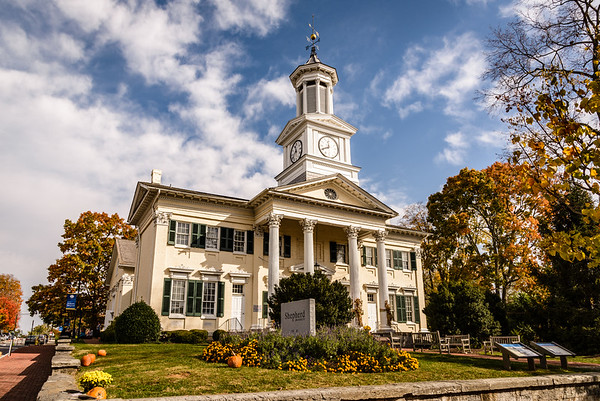 McMurran Hall is located in the center of Shepherdstown, West Virginia.  It was the first building occupied by Shepherd University when the institution was formed in September 1871.  This imposing building, though, was originally planned for a different purpose.

The imposing Greek Revival structure was built by Rezin Davis Shepherd in 1859.  Shepherd was the great-grandson of the town’s founder, Thomas Shepherd.  He had made a fortune as a businessman in New Orleans after the Louisiana Purchase in 1803.  The building is located on the land where Shepherd was born in 1784 at the corner of Church and High Streets in the middle of town.

The plan was for the building to be the town hall.  The original building only extended as far as the striking Corinthian two-story portico.  The clock in the tower dates from a few years earlier.  This was gifted by Rezin Shepherd to what is now known as the Old Trinity Church in 1842 (not to be confused with Trinity Episcopal Church which was not constructed until 1859).  The clock remained in the tower at the church until 1858.  It was installed in the McMurran Hall tower in 1860.

In February 1865, the Jefferson County seat was moved from Charles Town to Shepherdstown.  McMurran Hall became the new county courthouse.  The wings on either side of the portico were built to provide the court offices.  Surprising for the period of austerity following the Civil War, these two wings were as elaborate as the original.  The only noticeable difference is in the sizing of the window bays which are not as wide as those in the central building.

Having been known by numerous names including “Town Hall”, “Old College Building” and “College Hall”, the building was officially named McMurran Hall in 1927.  The naming is in honor of Joseph McMurran, the first principle of Shepherd College (1871-1882).  McMurran is considered to be the founder of the college.

McMurran Hall is one of the prominent structures specifically detailed in the entry for Shepherdstown Historic District which was listed on the National Register of Historic Places in August 1973. 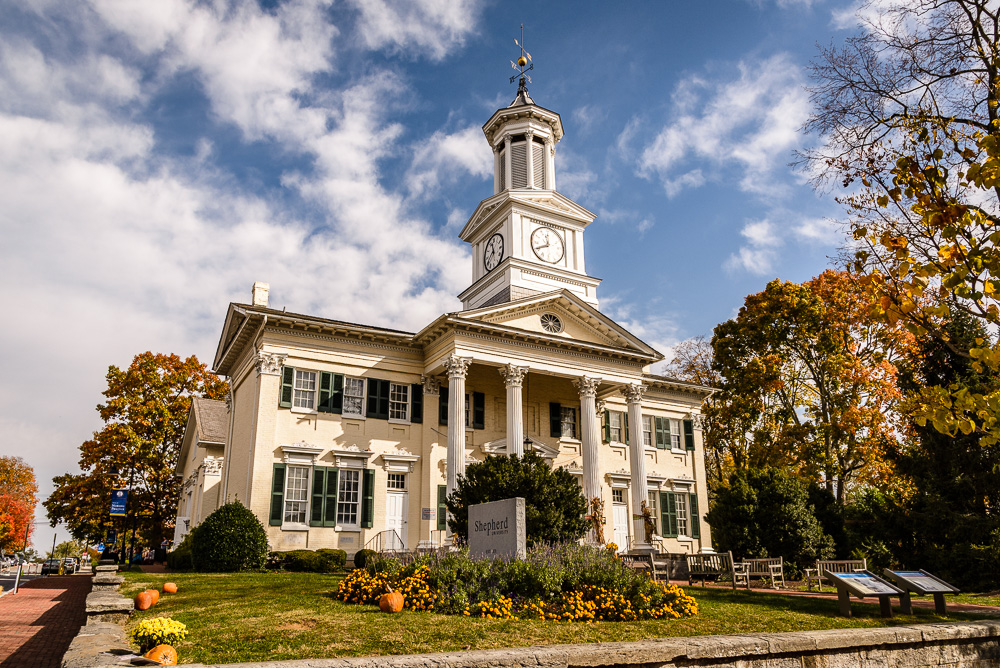 Article Name
McMurran Hall
Description
McMurran Hall is located in the center of Shepherdstown, West Virginia. It was originally built as the Town Hall in 1859 by Rezin Davis Shepherd. After serving as the temporary Jefferson County Courthouse, the building was occupied by Shepherd University in 1871.
Author
Mark Summerfield
Publisher Name
Mark Summerfield
Publisher Logo