The McNeel Mill is located in Mill Point, Pocahontas County, West Virginia. It was built between 1860 and 1868 by Isaac McNeel. Although currently inoperable, the mill stands today in almost perfect condition. It is owned by Lanty McNeel, whose great-grandfather, Isaac McNeel originally purchased the land encompassing an existing mill, a home and a barn. It is believed there has been a mill on this site since 1778.

Isaac decided to replace the existing mill. He started building the new mill in 1860. The Civil War, though, postponed its completion until 1868. The mill produced corn meal and buckwheat using mill stones imported from France.

A flash flood in 1935 brought the beginning of the end for the mill. The water washed out the creek and damaged the race that ran the water to the mill. The grinding platform survived although the water came to within three to four inches of the stones themselves.

The McNeel family continued to operate the mill for a few more years, eventually closing in 1940. The building was used for storage until it was abandoned in the late 1980s.

In 2006, Matt Tate, a Massachusetts native who had studied Mechanical Engineering, became the savior of the mill. At the time he was working at the Mountain Institute on Spruce Knob. Whilst taking a vacation from his job, he was driving along Route 219 in Pocahontas County when he spotted the abandoned mill. He starting asking anyone he met who owned the mill. Eventually, he was introduced to Lanty McNeel. Tate now works for Pocahontas County Public Service District and focuses his spare time on the mill.

Although the building itself is now in good condition, the flood of 1935 lead to the complete disconnection of the mill from its water supply. Tate’s plan is for the mill to be fully functional again. A new metal water wheel has been constructed. The next stage is the reconstruction of the flume. The remaining part of the plan is to reconstruct the water race. The creek that powered the mill in the past has been diverted, again ultimately as a result of the 1935 flood.

Tate estimates that it would cost in excess of $65,000 if he was to purchase everything new needed to complete the restoration. He hopes, though, to keep the costs as low as possible by doing as much of the work himself or with local volunteers.

The property was listed on the National Register of Historic Places on August 8, 1985. 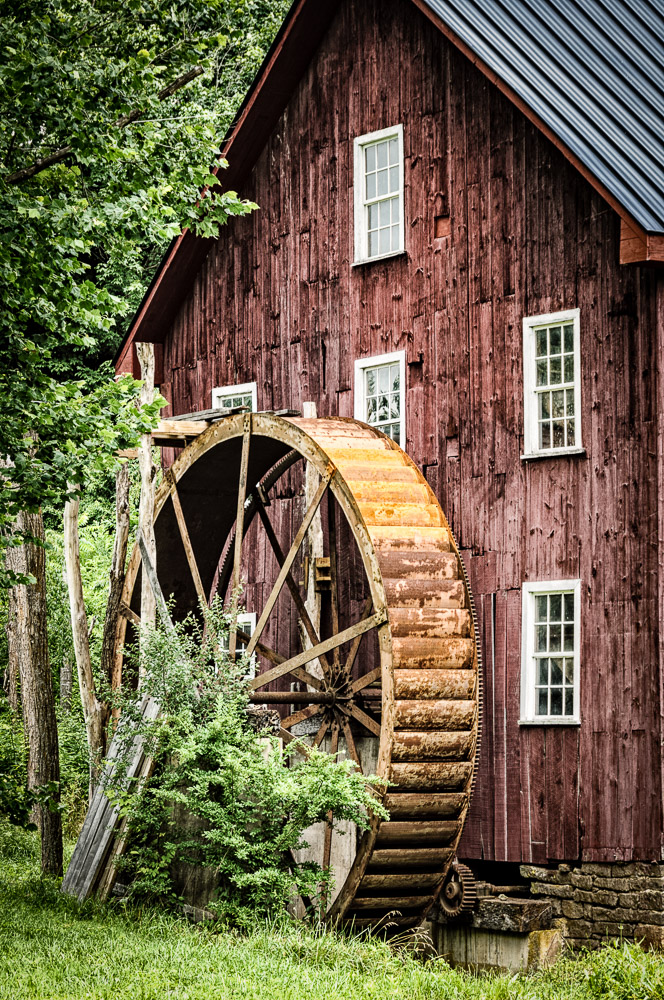