The Baltimore & Ohio Railroad first arrived in Martinsburg, West Virginia in 1842. By the end of the decade the first engine and machine shops had been built in the town. These early engineering facilities, though, did not last long. During the Civil War, railroads played an important role in the movement and supply of the two armies. On May 22, 1861, Stonewall Jackson’s troops halted trains traveling east at Martinsburg and nearby Point of Rocks. The original roundhouse, the machine shops, the track and bridges as well as all of the locomotives and cars were destroyed.

Because of its importance to the operations of the B&O, the railroad began to rebuild the roundhouse and the associated engineering shops in 1866. Albert Fink, a German immigrant and renown civil engineer famous for his bridge designs, was hired to design the new facilities. Fink incorporated the work he had learned from his bridges. The design was actually completed in the 1850’s but had not yet been put into practice. The iron framework was cast in Baltimore then shipped and assembled in Martinsburg much like a giant erector set. The B&O liked the design and ease of construction so much they used it for at least five other roundhouses. This one at Martinsburg is, though, the only one remaining. It is the oldest remaining domed roundhouse in the United States and possibly the world.

The roundhouse was completely circular with a domed roof. The soaring roof was supported by the largest internal cast-iron framework of its time. The center of the roundhouse was a 50-foot turntable. The over 20,000 square feet of open floor space created by the skeletal form of the framework allowed for 16 engine bays with ample space and light between.  This cast-iron framework design is an ancestor of the modern skyscraper’s steel framing system.

The roundhouse and associated facilities remained in use as a locomotive servicing facility until 1899. During the early 20th century, the roundhouse was converted to other railroad uses such as bridge fabrication and car repair.

The adjacent Car Shop, which had originally been used to build freight cars, was converted into a switch repair and construction facility. When the function of the building changed, so did the name. It then became known as the Frog and Switch Shop.

In the late 1980’s, the CSX Railroad which had by this time taken over the B&O Railroad, abandoned the complex. The 13-acre site was sold to a local non-profit corporation. The structures as well as the surrounding property have been restored. The roundhouse has been declared a National Historic Engineering Landmark. The complete complex, known collectively as the B&O Railroad Martinsburg Shops, is included on the Register of National Historic Landmarks. 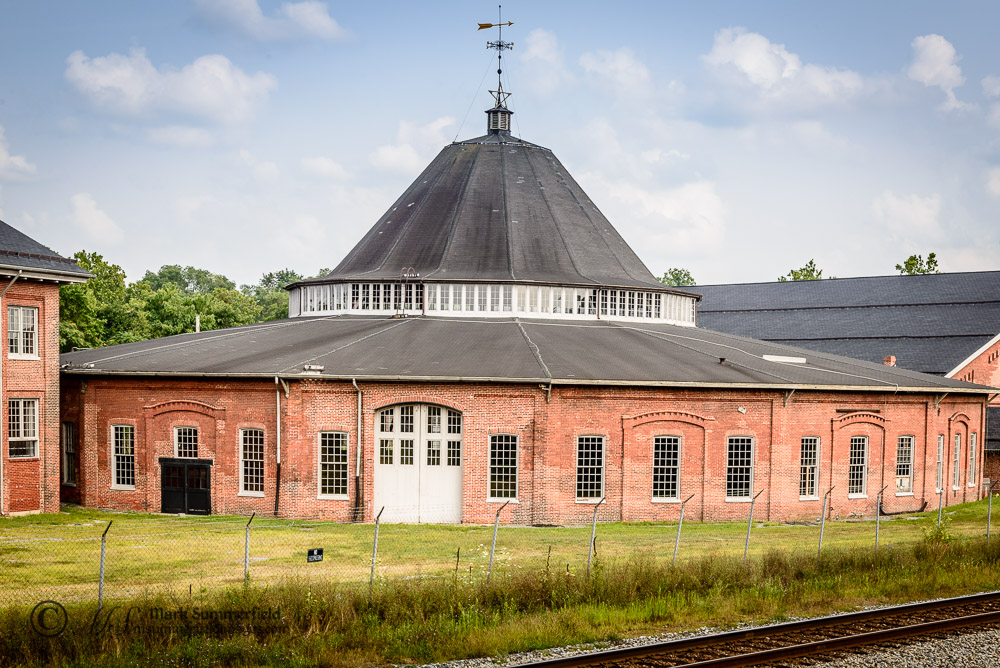