St Margaret of Antioch Church is the Parish church for Darenth, about three miles south-east of Dartford in North West Kent. It is reckoned to be the third oldest church in Kent and the sixth oldest in the United Kingdom. Like other churches along the Darent Valley such as St Michael and All Angels Church and St John the Baptist Church which we have visited in earlier posts, the church is located on a steep knoll above the valley to prevent damage from flooding.

The Parish of Darenth (also spelled Darent) dates back to at least 940. Athelstane, King of England had given the perpetual inheritance of Darent to Duke Eadulf. In 940, with the king’s consent, the duke gave the land to Christ Church, Canterbury. The church of St Margaret of Antioch, as well as the nearby Darent manor, was exchanged by Hubert, archbishop of Canterbury with the monks of Rochester in 1195 for the manor in Lambeth. This became Lambeth Palace which remains the official London residence of the Archbishop of Canterbury today.

St Margaret of Antioch Church is one of 36 in the county of Kent which can date their construction back to Saxon times. Although the Parish can be shown to date back to 940, the church was built in the late 10th or early 11th Century. The church is one of eight in the borough of Dartford mentioned in the Domesday Book.

The original Saxon nave measured 36 feet 9 inches by about 19 feet with walls 19 inches thick and about 19 feet high. The north and west walls remain intact today as well as part of the east wall. The main building material was flint. Of note are the quoins which do not follow the usual Saxon practice of using vertical and horizontal stones. For the construction of this church, tiles from a nearby Roman Villa located about half a mile south have been used.  These tile quoins can clearly be seen in the image below.

The church was extended by the Normans early in the 12th Century. This extension created an unusually long chancel of two compartments. The tower on the south west corner was added in the 13th Century. Additional changes were made during the 14th and 15th centuries. There was an extensive restoration in the 19th Century. This was carried out by Ewan Christian in the 1880s. I have already provided my comments on his work in the post about St Michael and All Angels Church so I will not repeat them here.

What is clear as one studies the building, especially the windows, which each appear to be of a different style, is that the changes as well as the renovations in the 19th Century did not follow a homogeneous plan. Fortunately, one can still see the main split of styles between the original Saxon portion, to the right, and the Norman to the left. The tower does confuse this as it more closely attunes to the Saxon part of the church but is actually Norman.

Today, St Margaret of Antioch Church is part of the Church of England. It is still the Parish Church but is now part of the Darent Valley Benefice. The three adjoining parishes of St Margaret’s Darenth, St Mary’s Horton Kirby and St John’s Sutton-at-Hone work together under a single vicar enabling the churches to pool resources and work more efficiently.  One efficiency comes from the Sunday morning services rotating around the churches rather than trying to provide a service in all three.

St Margaret of Antioch Church is a Grade I Listed Building on the National Heritage List for England (NHLE). A Grade I listing means the church is of “exceptional interest”. Out of the over 500,000 building on the NHLE, only about 2.5% are Grade I. 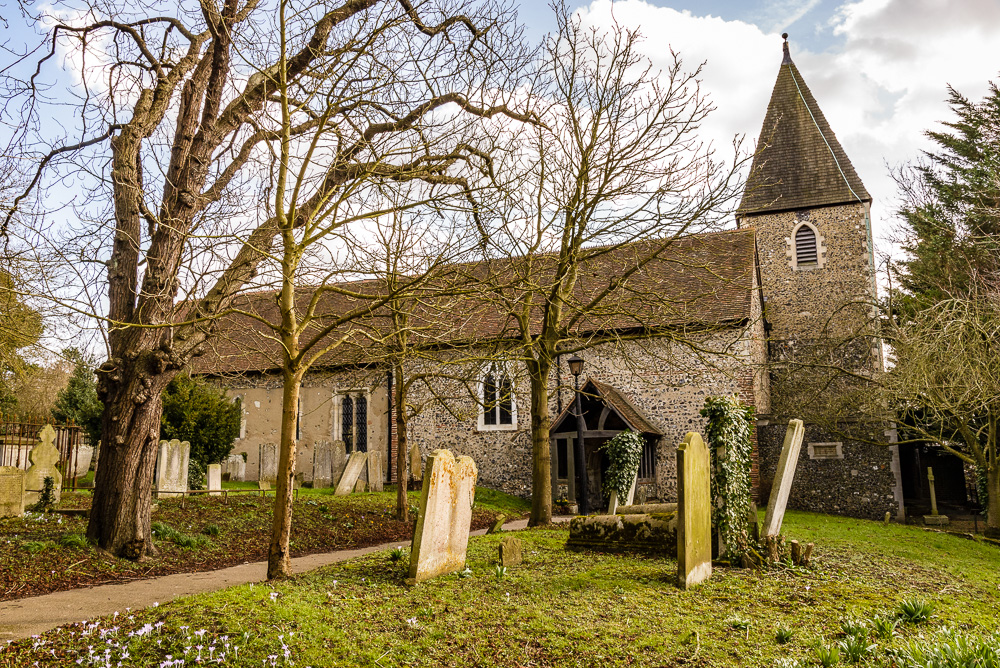