George V ascended to the throne as King of the United Kingdom and the British Dominions, commonly known as the British Empire, and Emperor of India on May 6, 1910. His Coronation, though, did not take place until June 22, 1911.

By this time there was need for a clock at the tram terminus which was situated at Market Place. To celebrate the event, Bexley Urban District Council commissioned local architect Walter Maxted Epps to design a clock tower for Bexleyheath town center. It was to be funded by donations from the public.

Planning for the structure began almost immediately George V became king. After nearly a year of planning, the foundation stone was laid in Market Place on January 8, 1911. The finished tower would be 46-feet tall to the top of the weather vane with the base measuring 13-feet square. The clock tower was built by local firm Messrs Friday and Ling for £454. It was intended to stand “as a memorial to the enterprise and loyalty of the inhabitants of Bexleyheath”. It was also thought the new landmark “would be the beginnings of better things to come in Bexleyheath”.

Underneath each of the four clock faces were niches which Epps hoped would be filled with busts of members of the Royal Family. For the unveiling a bust of King George V was installed in the west alcove.

A bell was installed on June 17, 1913. In August the following year, the Defense of the Realm Act banned the ringing of bells throughout the country for fear they might be used by German spies to convey secret messages. The bell did not ring again until 2000.

During the 1930s the bust of King George V started to disintegrate. It completely fell apart during cleaning after World War II. John Ravera, a Bexleyheath resident and President of the Royal Society of British Sculptors, recast the bust which was reinstalled in the west alcove. In 1996, Ravera was commissioned to sculpt a bust of William Morris who lived at the nearby Red House. It was unveiled in the east alcove on January 18, 1997. The other two niches remained empty until June 9, 2013, when a bust of Queen Elizabeth II was installed in the south alcove in celebration of the 60th Anniversary of her Coronation. The final niche remains empty. 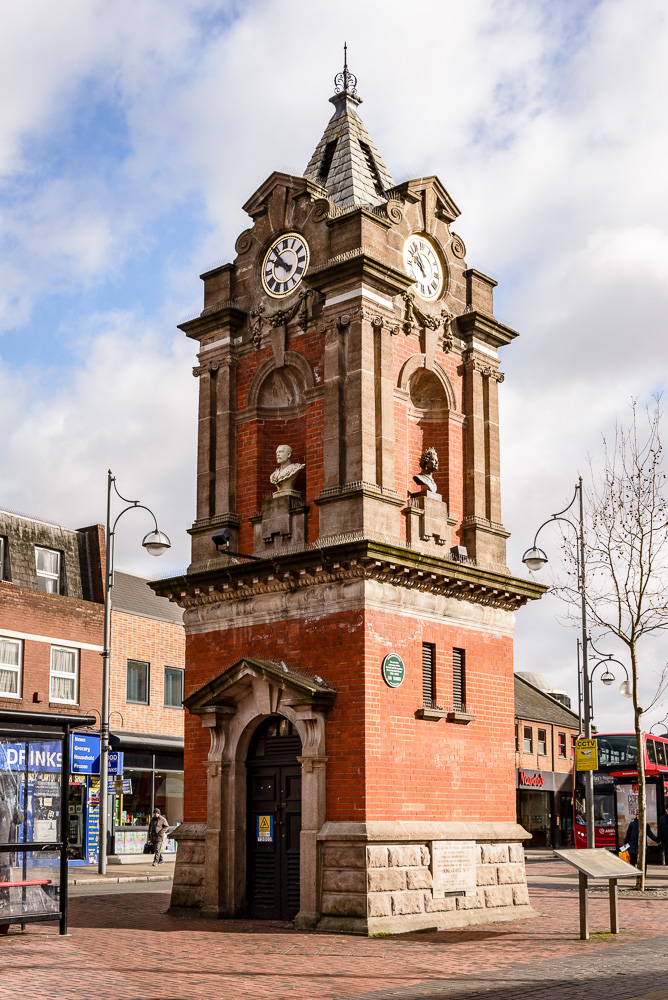