Danson House is a Grade I listed building at the centre of Danson Park in the London Borough of Bexley. The Georgian mansion was built in 1766 by Sir John Boyd for his second wife Catherine Chapone.

The Danson Estates, as the property was originally known, date back to at least 1284. An Archbishop’s survey lists seven of the Archbishop’s tenants cited as owning 17 acres of land at “Densynton”. Henry VII acquired what had become known as the Manor of Bexley. The property remained a royal estate until sold by James I in an attempt to raise funds for the crown.

In 1699, John Styleman, a director of the British East India Company, took up residence at Danson. He began to develop the estate as a country seat. He left Danson in 1717 shortly after his wife Arabella died there. Styleman died in 1734. His will stipulated that half the proceeds from the lease of the property be used to provide almshouses for 12 poor families in Bexley.

Before his death, Styleman had leased the property to John Selwyn, MP in 1723. Selwyn improved and enlarged the estate a great deal. The property now included a mansion with five bedrooms, four living rooms, a nursery, kitchen and brewhouse. It also had elaborate water features and and ornamental Chinese-style house.

When Selwyn died, his widow sub-let the property to Sir John Boyd, a sugar merchant and vice-chairman of the British East India Company. By 1759, Boyd had taken over the lease and purchased the rest of the lands added to the estate by Selwyn. He did, though, still have to pay £100 annually to the charity set up by John Styleman as it owned half the freehold.

Boyd hired Sir Robert Taylor, the architect of the Bank of England, to design a new house on the property. A Georgian Palladian Villa was constructed to the north of the original mansion. Originally called Danson Hill, Danson House was completed in 1763. Boyd and his new wife, Catherine, moved into the house in 1768.

The landscape surrounding the new house was laid out by either Capability Brown or his assistant Nathaniel Richmond in 1761 to 1763. At its centre is a large 12-acre lake to the south of the house. This lake, together with 200-acres of the original 600-acre property owned by Sir John Boyd now form Danson Park.

After Boyd’s death in January 1800, the property passed through a number of private individuals until acquired by Bexley Urban District Council in 1924. The grounds were opened as a public park in 1925. The house, though, remained unoccupied, excepting a brief period for civil defense purposes during World War II.

Today, as well as being open for tours by the public, Danson House is the official Register Office for the London Borough of Bexley. It can also be hired for weddings and other functions. 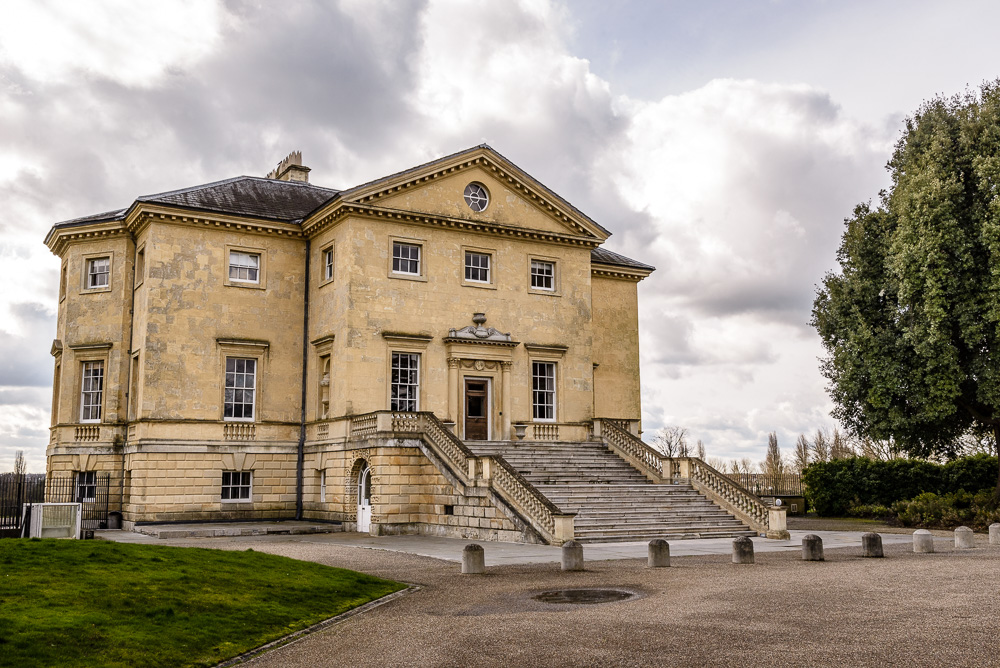