In the next couple of posts we are going to visit Winchester, Virginia. What better place could there be to start than a beautifully restored historic downtown hotel. The Taylor Hotel was built in 1847 on the Valley Pike, now called Loudoun Street, one of the main thoroughfares of the city. It was built by Bushrod Taylor. Taylor had purchased the McGuire Tavern in 1830. The log built tavern was destroyed by fire in 1846. Taylor built the three-story brick hotel on the site of the former tavern, opening it for business in 1848.

Taylor though did not reap the rewards of the hotel. Unfortunately, he died before the end of 1848. The hotel was taken over by George W. Seevers. It not only served travelers to the region but was also a base for both main and passenger stagecoaches from at least 1850.

The town of Winchester was of strategic importance during the Civil War. When General Stonewall Jackson became the first commander of the Valley District of the Confederate Army of Northern Virginia in October, 1861, he used the Taylor Hotel as his first headquarters. A number of Union Generals also used the building. Following the First Battle of Kernstown in March 1862 and the Third Battle of Winchester in September 1864, the hotel was one of the many buildings in the town which was used as a field hospital for the wounded.

The hotel returned to normal operations after the Civil War finally closing its doors around 1907. In 1910, J.G. McCrory purchased the building. He converted into a five-and-dime store which opened in 1918. McCrory changed the facade of the building several times to create a retail storefront. These “updates” included the removal of the balconies that were across the front. The building was extended to include a rear addition that between 1921 and 1939 housed the Colonial Theater. McCrory’s five-and-dime finally closed in 1993.

A telecommunications center occupied the building for a while. By 2004, though, the building was vacant. Heavy rains caused partial roof collapse in 2007. By 2010, the City of Winchester had declared the property blighted and threatened to demolish it. Preservation Virginia listed the historic building on its 2010 list of “Most Engaged Historic Properties”.

In 2011, the Winchester Economic Development Authority (WEDA) entered into a public-private partnership with Taylor Plaza LLC, partially owned by The Wishneff Companies, under which WEDA would purchase the building. WEDA was guaranteed a loan of $1 million from HUD for the redevelopment of the building. Wishneff utilized state and federal historic preservation tax credits to finance its part of the restoration. A ribbon cutting ceremony occurred on August 15, 2014 to celebrate the return of this historic structure to its full glory. It now houses five apartments and a two-level restaurant. 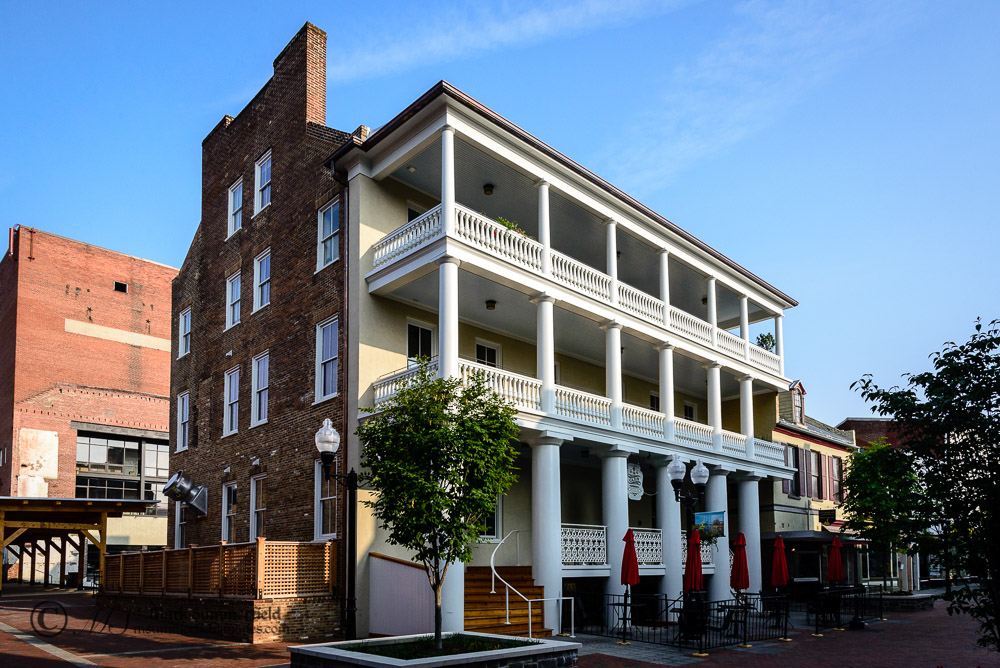