In the previous post we looked at the early history of the Tredegar Iron Works. Today we will examine the Civil War years, the period in its story for which it is best known.

By 1861, at the beginning of the Civil War, the Tredegar Iron Works was the largest ironworks in the Confederacy. At this time it was employing almost 700 black and white workers. It is said that the location of the ironworks was one of the significant factors in the decision to move the capital of the Confederacy from Montgomery, Alabama to Richmond in May 1861.

During the years leading up to the Civil War, the Tredegar Iron Works had suffered at the hands of its competing Northern counterparts. This had led Joseph R. Anderson, who had acquired the company in 1848, to look to the South for his markets. As a result, Anderson was a strong supporter of southern succession. He became a Brigadier General in the Confederate Army when war broke out. His brief service came to an end when he was wounded at Fraser’s Farm during the Peninsula Campaign on June 30, 1862, resigning his commission less than three weeks later.

Anderson returned to manage the operations at Tredegar. During the war years, Tredegar experienced shortages of raw material. As the war continued and more and more men were conscripted into the Confederate armies, the company suffered from a lack of skilled labor. Even as early as the summer of 1861, good quality metal was hard to come by. In fact it was so scarce that the iron works failed to produce a single piece of artillery for a whole month.

Even allowing for all the problems with supplies, the ironworks was virtually the sole source of heavy guns, projectiles, gun carriages, plates for iron-clad vessels, wheels and axles for railroad rolling stock, furnace machinery, and a variety of other products for Confederate munitions factories and navy yards. The Tredegar Iron Works is credited with producing over 1,100 artillery pieces, about half the South’s total domestic production during the war years. During this time, it also produced the iron plating for the first Confederate ironclad warship, the CSS Virginia. The Tredegar Iron Works was also responsible for the development of the Brooke rifle, a muzzle-loading naval and coastal defense gun, and a giant rail-mounted Siege cannon. The company continued to manufacture its railroad locomotives during this period.

When Richmond fell to the Union forces on April 3, 1865 the evacuating Confederate troops were given orders to burn anything which could be of benefit to the advancing Northern army including the munition dumps and industrial warehouses. Tredegar would have been on this list. However, it is said that Anderson paid over fifty armed guards to protect the company’s facilities from the arsonists. Some damage was suffered but enough survived to allow the Tredegar Iron Works to make a swift transition back to peacetime production, which we will look at the next post. 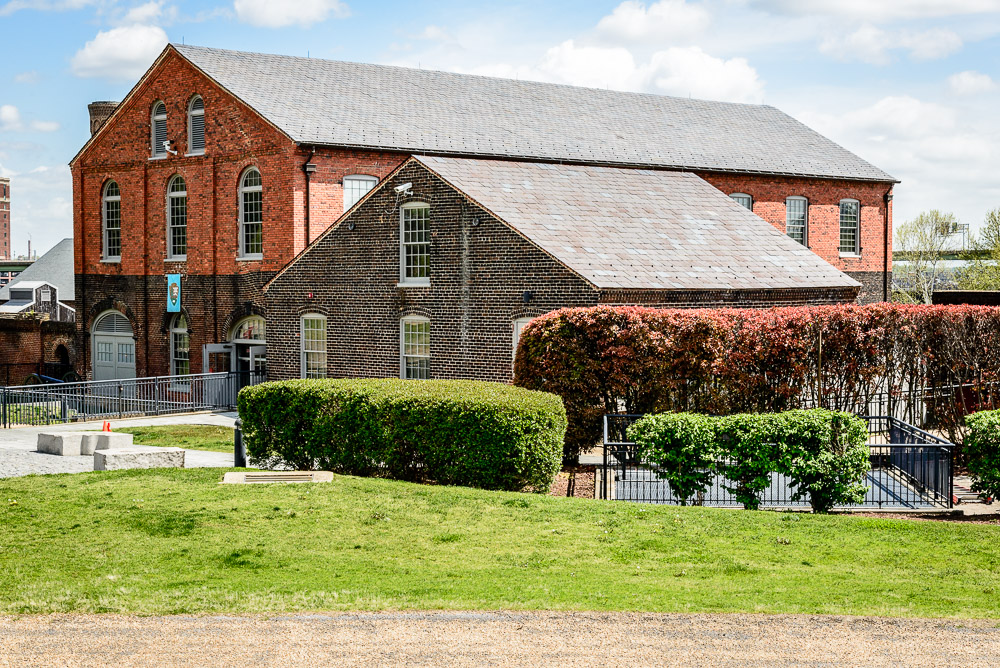