The Tredegar Iron Works on the north banks of the James River in Richmond is named for the Tredegar Ironworks at Tredegar in South Wales. Like it’s namesake, the Richmond Tredegar foundries produced a significant volume of rails and associated products. However, it was as the primary source of armaments and other iron products for the Confederacy during the Civil War for which Tredegar is mostly remembered. Today we will look at the history of the Tredegar Iron Works in the years before the Civil War. We will continue through the civil war and into the latter years in future posts.

The Tredegar Iron Company was formed in 1836 by Francis B. Deane Jr., an experienced Virginia blast furnace operator, and a group of Richmond businessmen, who were looking to capitalize on the expanding market for railroad iron products. The group hired Rhys Davies, a young engineer from South Wales, to construct the furnaces and rolling mills for the new facility. Davies brought a number of his fellow iron workers from Tredegar, South Wales. The Richmond foundry was named Tredegar in honor of the South Welsh town.

The early products were mainly for the growing railroad business including axles, wheels and gears. However, the growth in the railroads in the area did not prevent the company from running up a serious debt problem. In 1842, Deane resigned. John Tanner was hired as his replacement. It was, though, the hiring of Joseph R. Anderson as the company’s new agent which had the greatest effect in turning around the finances of the Tredegar Iron Company.

The first contracts Anderson obtained were for the supply of chain cable, shot and shell to the U.S Navy. In 1843, Anderson leased the property for five years and worked on expanding the company’s markets into ordnance as well as additional railroad products. The foundry was now producing angle iron and rails as well as shells, axles, wheels and gears. In 1948, Anderson purchased the Tredegar property outright, operating it under his his own name, Joseph R. Anderson and Company.

Anderson expanded the foundry operations. A cotton factory on the property was converted to manufacture railroad spikes. At this time, the high cost of transporting the heavy products to Northern markets as well as competition from the British iron industry lead Anderson to look to the Southern States for a market. Anderson also entered into a number of partnerships to manage the rolling mills as an enlarged locomotive manufacturing operation.

The locomotive partnership, which began with John Souther, led to the construction of new boiler works and a finishing shop in 1852. This expansion required an additional partnership with Matthew Delaney, who managed the machine shops and the locomotive operations. Delaney’s son, Alexander, introduced improved designs for the locomotives which led to an increase in sales. These new designs ultimately led to the Tredegar Iron Works becoming the largest antebellum Southern locomotive manufacturer. 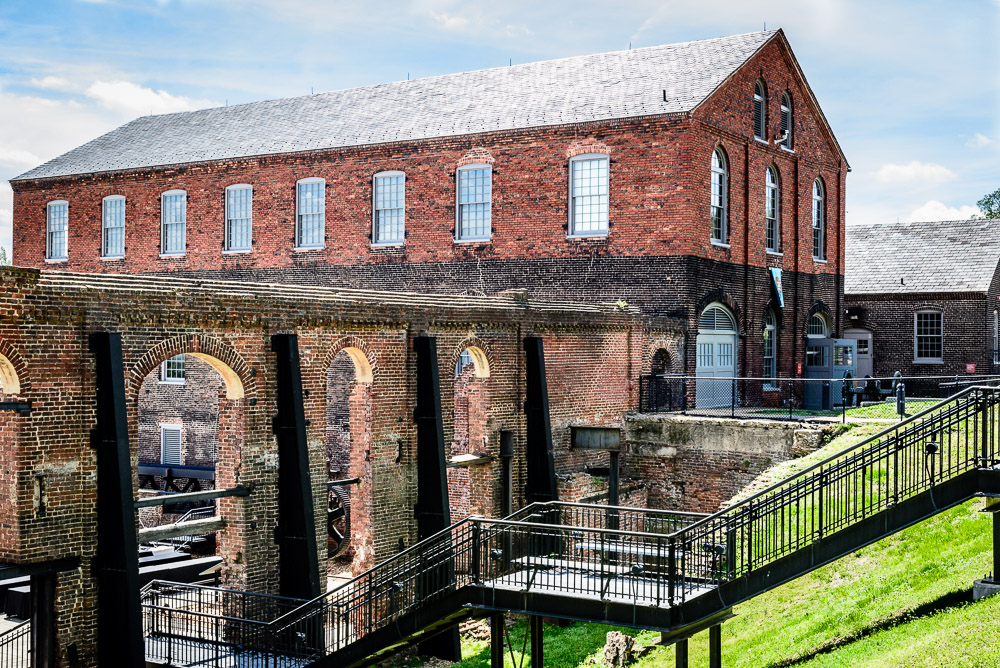