The current Wythe County Court House was built in 1901. This buff colored brick structure was designed by architect Frank P. Milburn. Mr. Milburn was responsible for six Virginia court houses all built between 1896 and 1908. Five of these still remain (Wise, Wythe, Buchanan, Smyth and Greyson), all in the western and south-western parts of the state. Anyone visiting these five will quickly see that there was no common features to a Milburn designed court house. We have visited both the Smyth County Court House and the Greyson County Court House in earlier posts..

Wythe County was established in 1789. It was decided to locate the county seat at Evansham, where John Davis and Charles Zimmerman, who ran the local ordinary (a form of public house, bar or restaurant serving all customers with the same standard meal or fare), had offered 100 acres to the county. The name of the town was changed to its current Wytheville in 1839.

The original court house was designed and built by James Toncray in 1818. On January 26, 1900, the Wythe County Board of Supervisors decided against further repairs to this existing structure. In August the county obtained a parcel of land on Fourth Street on which to construct the new Court House.

At the time Milburn submitted his design for the Wythe County Court House he was working on the South Carolina State House. It is not very surprising that the plans for the new court house seem to be based on a scaled down version of the State House. 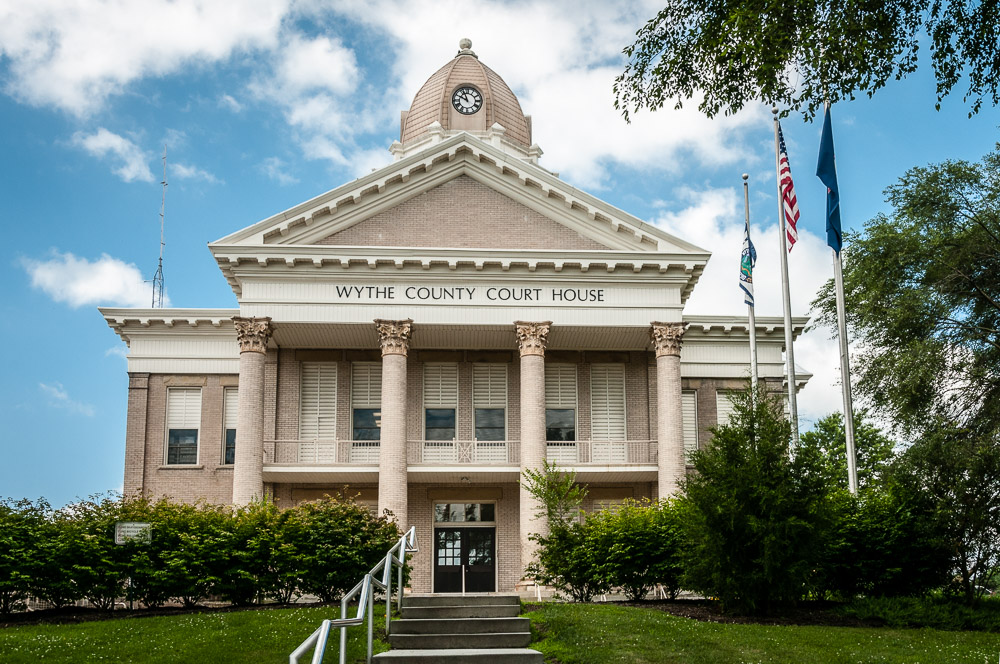