The Historic Grayson County Courthouse in Independence, Virginia was built in 1908. It replaced the previous structure built in 1863 when the county seat was moved west from Old Town to Independence. The location, and name of the town, came about when the original, much larger Grayson County was split and Carroll County formed. A debate arose over the location of the County seat. Some said old Town was too far to the east wanting Elk Creek to be the new seat. Others wanted Old Town to remain as county seat. However, a third group of independents proposed a compromise whereby a more central location should be used. This compromise prevailed with the new town being named Independence for the group that proposed it.

By 1906 the current courthouse was in disrepair. By then the State of Virginia had mandated that all courthouses should have a fire-proof vault for storing important documents such as birth, marriage, property and death records. It was decided that a new courthouse was needed. When the 1863 courthouse was torn down some of the original bricks were saved and used as the fill inside the walls of the new structure.

The 1908 courthouse is an example of the Richardson Romanesque style of architecture. It was named after architect Henry Hobson Richardson and was very common to public buildings built between 1865 and 1915. This particular building was designed by Frank P. Milburn. He had a prolific architectural business, primarily in the southeastern US from the 1880s to the 1920s. His designs for public buildings, including courthouses, state houses, train stations, and others were built in Florida, Kentucky, Tennessee, North and South Carolina, as well as Virginia. He reused designs (or portions of designs) as much as possible, reducing the cost. There were several other public buildings in the region that bear a striking resemblance to the 1908 Grayson County Courthouse, however most do not survive today.

The county government moved to its new offices in the late 1970s. Since then the Historic Grayson County Courthouse has been restored and now houses a museum, gift shop as well as offices for businesses and non-profit organizations. 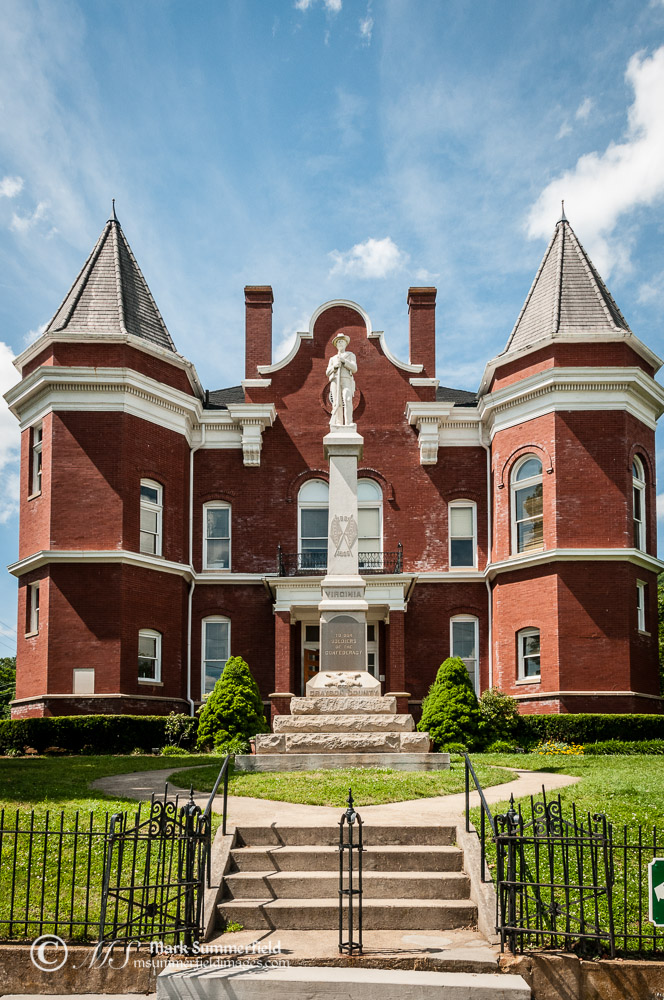