Over the Labor Day weekend what was now Tropical Storm Hermine struck the mid-Atlantic and the Northeast coast. In the Washington, DC area we were fortunate not to suffer the heavy rains and coastal surges which left so much damage along the storm’s path. We did, though have some amazing sunsets resulting from the clouds on the outer edges of the storm as it headed out into the Atlantic

On the Friday night, I decided to try to capture some light trails along the roads near my home in Northern Virginia. My attempts at making some worthwhile images of the light trails was not as successful as I hoped. However, the striking colors in the clouds during sunset made up for everything.

The amazing reds, oranges and magentas that the storm helped produce created a show like nothing I had seen before. My position alongside the road for the light trails was also fortuitous as the sky and setting sun were perfectly reflected in the glass of the office buildings. This spectacular show lasted less than 10 minutes. During this time, I was able to capture one of my most memorable images of this year.

This image has only been processed in Lightroom. The only processing necessary was to balance the exposure of the sky with the buildings with the adjustment brush. I also brightened the trees using the shadows slider. 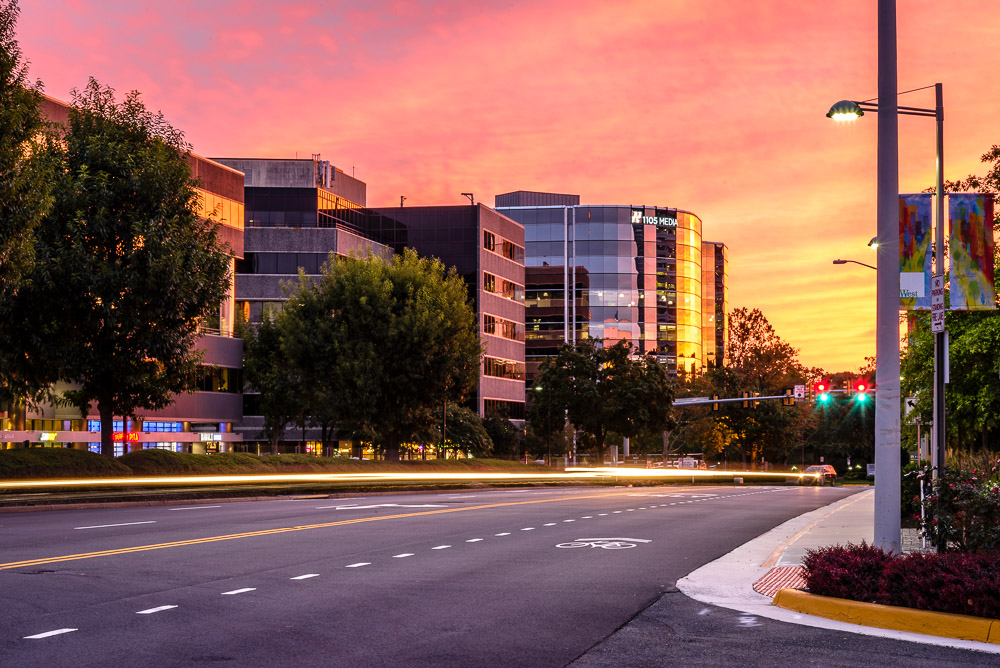