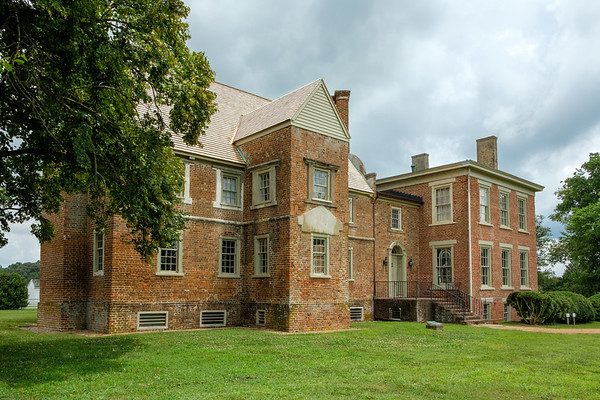 On both historical and architectural grounds, Bacons Castle is one of the important buildings of the 17th century colonial period. It is the oldest documented brick dwelling in the United States. The building is a rare example of Jacobean architecture in the New World.  The property was given the name through its association with Bacon’s Rebellion in 1676.

Bacons Castle is also known as Allens Brick House or the Arthur Allen House. It is located in Surry County, Virginia.  Surry County was formed in 1652 from a portion of James City County, one of the original 8 counties of the Royal Colony of Virginia.  Wealthy merchant Arthur Allen began construction of his house soon after.  Located near the south bank of the James River, it was completed in 1665.  Allen died in 1669.  His son, Major Arthur Allen II, a member of the Virginia House of Burgesses, inherited the property.

In 1674, about a thousand Virginians  rose up against the rule of Governor William Berkeley.  The rebellion started as retaliation for a series of attacks by Native Americans on frontier settlements.  They demanded that the Native Americans be killed or driven out of the area.  They also protested the corruption in the government of Governor Berkeley.  Berkeley proposed containment through the construction of defensive fortifications along the frontier.  His plan was designed to avoid a repeat of the Metacomet’s War (also known as the First Indian War) in New England.  The plan was dismissed as expensive and inadequate.  It was also seen as an excuse to raise taxes.

The frontiersmen decided to take matters into their own hands. They gathered around the report of a raiding party.  Nathaniel Bacon was elected leader.   Bacon led the group up the James River to attack the Doeg and Pamunkey tribes.  These two tribes had lived peacefully with the colonists.  Their lands, though, were valuable.  Bacon’s force then moved south towards the Roanoke River.  There they raided a village of the Occaneechi tribe.  This resulted in the killing of most of the men, women and children of the village. What was originally known as the Virginia Rebellion was now Bacon’s Rebellion. Bacon was declared an outlaw.

On July 30, 1676, Bacon issued a Declaration of the People of Virginia criticizing Berkeley.  It accused him of levying unfair taxes, appointing friends to high positions and failing to protect outlying farmers from Indian attack.  In September 1676, Bacon and his 300-500 followers moved on Jamestown.  They burned the colonial capital to the ground on September 19, 1676.  Around this time, a number of Bacon’s followers seized the brick house of Arthur Allen.  The property was commanded by various rebel leaders although there is no record of Nathaniel Bacon ever being one of them.  They kept control of the house for over three months.

Nathaniel Bacon died of dysentery on October 26, 1676.  John Ingram took control of the rebellion.  He divided the group into small garrisons including Arthur Allen’s house.  The groups became demoralized and began to drift apart.  By this time, Berkeley had gathered troops who began to defeat the rebels, garrison by garrison.  On December 29, a force loyal to Governor Berkeley aboard the vessel Young Prince, captured an unidentified “fort” which many historians have identified as Bacon’s Castle.

The rebellion was over by the end of January 1677.  Arthur Allen’s property became known as Bacon’s Castle after the Virginia Gazette newspaper used the name in a series of articles published in 1769 about Bacon’s Rebellion. 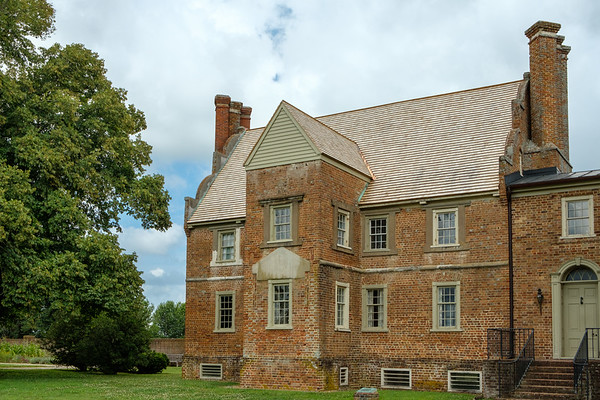 Today Bacons Castle is a historic house museum. It is owned and operated by Preservation Virginia. The home has the oldest formal garden in North America. This 1.5 acre area is an English styled formal garden that has been restored by the Garden Club of Virginia. There are also numerous outbuildings, including an 1830s slave quarter. Tours include information about both the Allen family and Bacon’s Rebellion, 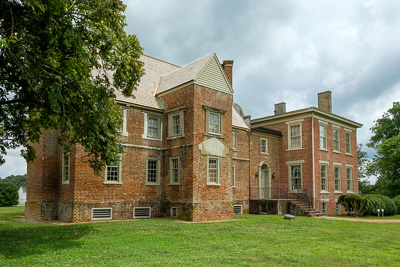