Cove Presbyterian Church is located in Albemarle County on Route 29 about 20 minutes north by car from Charlottesville, Virginia.

According to The Lexington Presbyterian Heritage, Cove Meeting House began in 1756 when George Douglass petitioned the Hanover Presbytery for supply preaching at Rich Cove.  For the next twelve years this small community of Scotch-Irish, believed to number less than twenty, continued their faith without a regular pastor.   Five times between 1757 and 1768, the Cove parishioners joined other settlements in the area, without a regular pastor, in calling for a minister.  Each time the request was denied.  Eventually in April 1769, the Rev. Samuel Leake, who had relatives in Albemarle County, accepted the call from the Cove and surrounding congregations.  On May 3, 1769, the Cove Presbyterian Church was formally organized with Rev. Samuel Leake installed as its first pastor.

Very little is known of the first Cove Church building except that it was built of logs and its floor and pews were made of puncheons, logs split lengthwise with the flat side leveled and planed.

The church was moved to its present site when the replacement brick structure was built in 1809.  A tornado hit on June 12, 1880 partially destroying the church.  The plaque on the wall of the church states that only the bible and pulpit remained intact.  Reconstruction included a new roof, gable walls, three iron rods and several interior changes, including the removal of the u-shaped slave gallery. 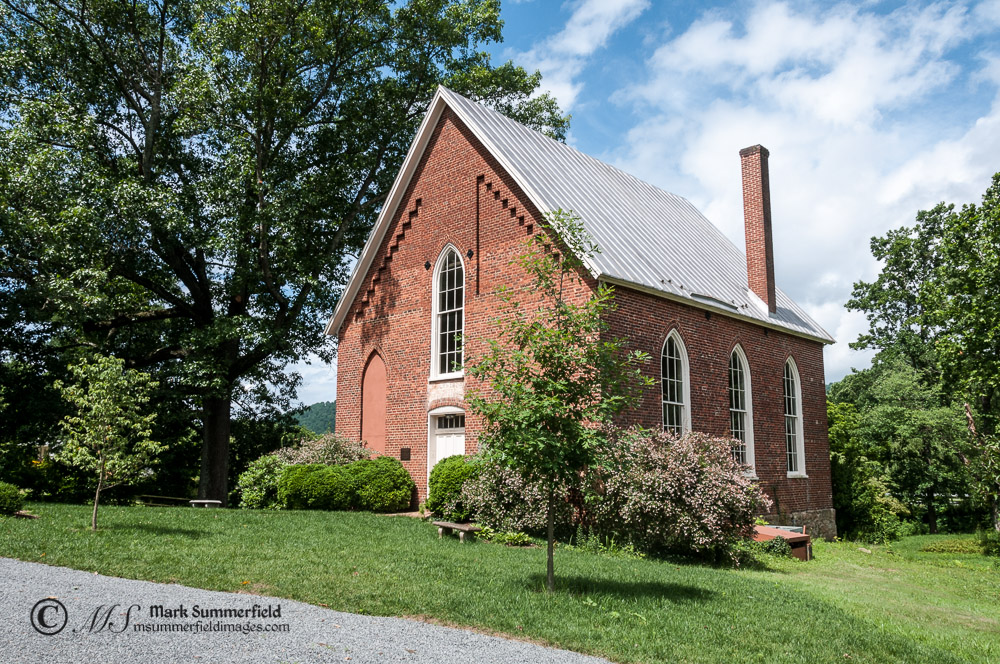