In an earlier post we looked at the Reflections of the Fly-in to Victory Day at the Smithsonian National Air and Space Museum’s Steven F. Udvar-Hazy Center in Chantilly, Virginia. Not only were there the warbirds for everyone to admire but there were also a group of reenactors representing the ground crew.  As with the planes like the P-51 Mustang Ain’t Misbehavin’ getting clear shots of these authentically dressed reenactors without visitors or other trappings of modern life in the picture was very difficult.  In fact, this was the only shot I was able to get of just the reenactors.  I did, though, have to remove the ropes and stands which kept the visitors off of the runway which you see in the background.

I used a combination of tools in Photoshop to remove the unwanted objects in the background.  I followed this with the plug-ins from On-One Software and others has enabled me to create a detailed finished appropriately tinted to represent the period. 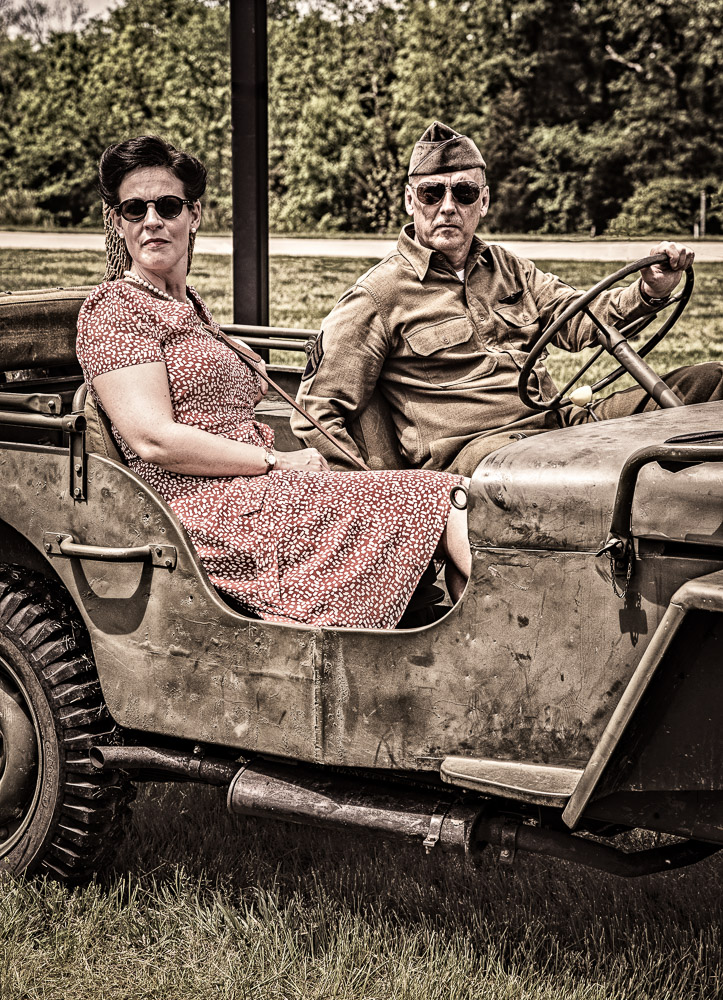